Nico Rosberg’s maiden win at the Chinese Grand Prix has made the Rosberg’s one of the most successful F1 names in the sports history but he’s not the only driver to follow in a relatives footsteps. This latest Top Ten is a guest post from Icthyes who runs through the top F1 families.

Here’s a look at F1’s most famous family dynasties.

Keijo Erik “Keke” Rosberg shares with Mike Hawthorn the unenviable record of winning the championship with only one victory. In Keke’s case, it might be a little more excused, as the 1982 season saw 11 different winners with no-one winning more than twice. Keke was known for two things: his brilliant facial hair and a daring style of racing. He achieved success with both Williams and McLaren.

Son Nico eventually followed his father into F1, debuting with Williams and now driving for Merecedes. After 111 races, he finally got his first victory at the Chinese Grand Prix . Unfortunately, he has no plans to grow a moustache like his father.

Mario Andretti started his career in Champ Cars, winning the Indianapolis 500 in 1969. Mario also raced part-time in F1 from 1968, winning his first F1 race in 1971 for Ferrari in South Africa.

Taking up F1 full-time for minnows Parnelli in 1975, he then switched to Lotus and in 1978  became the World Champion. Though his F1 career faded, he became CART champion in 1984, as well as driving in NASCAR. He also came 2nd in the 1995 24 Hours of Le Mans, first in the WSC class. For these achievements (especially in America) he is often hailed a motorspots legend.

Son Michael wasn’t nearly as successful in F1, driving in 1993 for McLaren and managing only 7 points and a podium. Michael has enjoyed greater success back home, winning the 1991 CART championship. He now owns the Andretti Autosport team, which has won two IndyCar titles with Tony Kanaan and Dan Wheldon.

Gilles Villeneuve is best known for driving the #27 Ferrari but he actually started his career with McLaren, competing in one race. Gilles quickly acquired a reputation as an exciting driver (a style perhaps crafted in his days as a snowmobile racer) and came close to winning the 1979 championship, which was taken by team-mate Jody Scheckter. In a tale reminiscent of Peter Collins giving up his own championship for Fangio, Villeneuve held station so that Ferrari could win the championship at Monza.

In 1982 Villeneuve once again had a front-running car, but he fatally crashed at Zolder. Gilles died with just 6 wins to his name, the first Canadian to win a F1 championship race.  The Circuit Gilles Villeneuve in Montréal is named in his honour, the scene of  his first victory in 1978. 17 years later the #27 Ferrari would again be victorious there, in the hands of Jean Alesi.

Gilles was followed into F1 by not one Jacques, but two. Brother Jacques only ever competed in three races and never qualified, although he later went on to become the first Canadian to win a CART race. Son Jacques proved to be the most successful of all the Villeneuves: CART champion in 1995 (the first Canadian), F1 World Champion in 1997 (another Canadian first) and winner of 11 F1 races. Villeneuve competed for the World Championship in his first two seasons and along with Lewis Hamilton holds the record for most rookie victories (four).

He was to never win another race after 1997, stuck in bad cars and making poor career choices, ending his career at BMW. His only other major success was a 2nd-place finish at Le Mans in 2008. Jacques tried to re-enter F1 in 2010 with Stefan GP and then as a team owner in 2011, but both entries failed to gain the approval of the FIA or even the majority of fans. 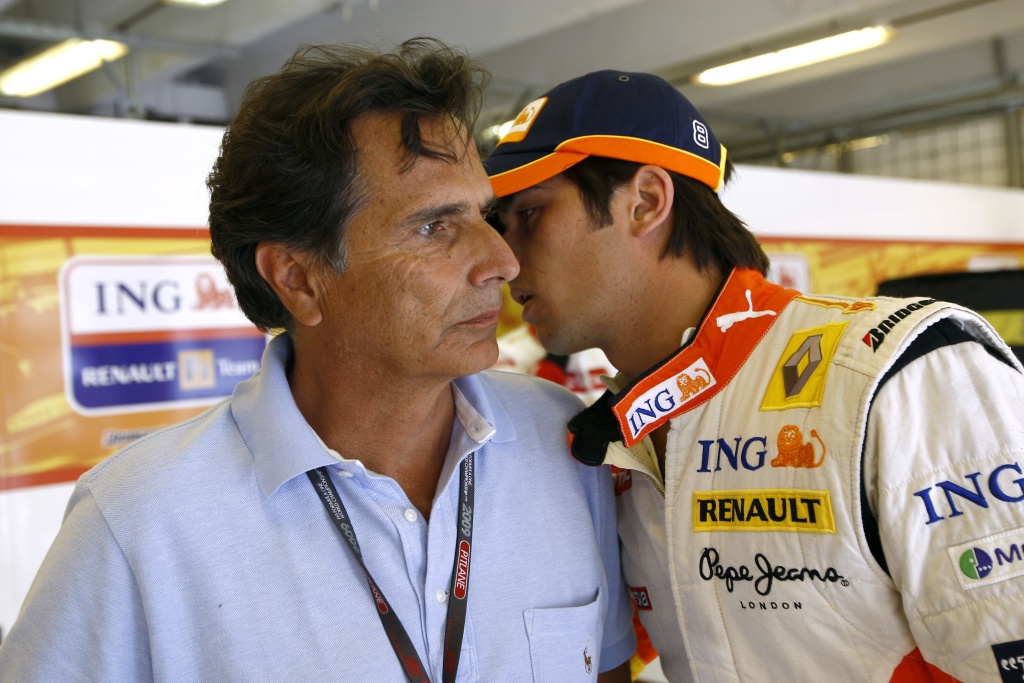 Nelson Piquet Senior is often overlooked in the lists of the great drivers, but his 23 wins and 60 podiums alone are hard to argue with, complementing his three championships. Perhaps part of this is to do with his bitter rivalry with Britain’s Nigel Mansell in the ’86 and ’87 seasons and there is a sense amongst some that he was fortunate to win as many championships as he did. However, Piquet was a fast and hard racer and was made for the F1 of the 1980s.

After F1 Piquet tried his hand at Indy racing and formed Piquet Motorsports in 2000 to build the career of son Nelson Junior. Despite a competitive 2006 GP2 season against Lewis Hamilton, “Nelsinho” fared poorly in F1, scoring only one podium. He tarnished his name and career forever in the “Crashgate” scandal, in which the Renault team engineered a victory for team-mate Fernando Alonso in the 2008 Singapore Grand Prix. He now races in NASCAR; considering the series’ reputation for crash-bang-wallop racing, it’s perhaps no surprise he’s achieved minor success there. 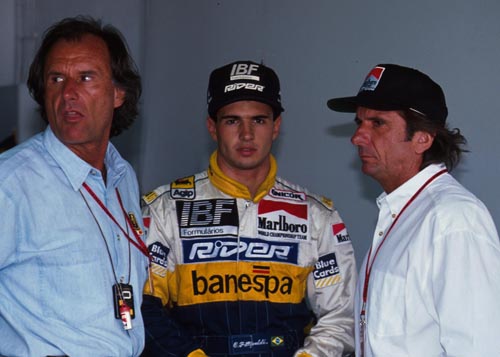 In 1972 Emerson Fittipaldi became Brazil’s first World Champion and the youngest ever until 2005, also winning McLaren’s first in 1974. He then drove for his brother’s Copersucar team for a further five seasons, prompting a precipitous drop in results. Emerson then took four years out before embarking on a career in CART, winning the championship in 1989 and winning races over 11 years, including winning the Indy 500 twice.

Older brother Wilson had a less glittering career, scoring 3 points over 2 seasons for Brabham, but none for his own team. He and Emerson became the first brothers to compete in the same race (though not in the same team, nor would they ever) at the 1972 Spanish Grand Prix.

Wilson’s son Christian also made it into F1 but could only secure drives for Minardi and Footwork. However he did score a very respectable 12 points over 3 seasons for the minnows. He then switched to CART but only ever won two races.

The presence of Fittipaldi is still felt today, through endless re-runs on Sky Sports F1 HD. 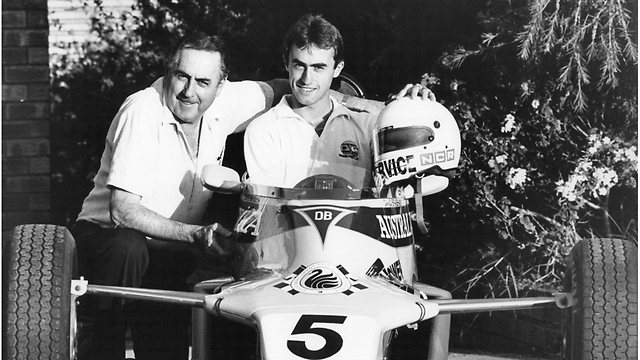 In 1966 Sir Jack Brabham became the first driver to win the World Championship in his own racing team, having been champion twice before with Cooper. It had taken Jack five years to get his team to the top. Technically proficient and with a touch of aggression, he is to date the most successful Australian F1 driver.

Brabham’s sons never achieved anything near their father’s success, although Geoff won the 1981 Can-Am championship and four IMSA championships. Brother Gary faired less well; though he actually reached F1 he failed to qualify for both races he entered. The youngest, David, actually drove a Brabham for the 1990 F1 season and returned in 1994 for Simtek but scored no points. He was team-mate to Roland Ratzenberger on the weekend of the Austrian’s death. After F1, he went on to win two ALMS championships and the 2009 24 Hours of Le Mans.

Ayrton Senna da Silva stands almost apart from F1, a sporting legend as much as a F1 great. Fast but sometimes reckless, exciting but controversial, adored in his home country, Senna’s record was cut short by his death at Imola in 1994, which inspired the sport’s second great safety drive. One wonders how much further than his already impressive tally he would have gone.

After his death the family forced nephew Bruno Senna Lalli to interrupt his own F1 dreams. When he finally got going, Bruno showed his ability, coming second in the 2008 GP2 series. Unfortunately fate was to be unkind again to Bruno, as a prospective drive with Honda vanished as the team withdrew from F1 and re-entered as Brawn, who retained their experienced second driver Rubens Barrichello.

When he finally got his break in 2010 it was with the struggling HRT team. Bruno then replaced Nick Heidfeld at Renault for the latter portion of 2011 and the family’s fortune turned full-circle as he secured a drive with Williams-Renault for 2012.

Jimmy Stewart was a semi-famous racing driver in his day, rising to compete in non-championship F1 races and even the 1953 British Grand Prix. His career prompted his mother to ban his younger brother from also racing, who entered as A. N. Other to escape attention. Jackie Stewart was soon found out, however…

Stewart was a great amongst greats, driving against figures such as Graham Hill and Jim Clark as well as a young Emerson Fittipaldi. 3 World Championships in 6 years thanks in part to his input in developing the first Tyrrell cars, Stewart also broke Clark’s record of 25 victories, his 27 standing until Prost’s 28th in 1987.

Stewart also took one of the sport’s greatest victories, winning by four minutes in appalling conditions at the 1968 German Grand Prix at the old Nurburging, a circuit he was later to have removed from the calendar on safety grounds.

Besides his crusade for more safety in F1, Stewart also left his mark on F1 with his own racing team, run in conjunction with his son Paul. Amazingly the team scored a podium in only its fifth race, though the season was plagued with retirements. By its third season Stewart GP was competitive and won their only race before being bought out by Jaguar – of all places, at the new Nurburgring in a rain-affected race..

Even though the family is now absent from active participation, the Stewarts’ legacy continues to have an impact on F1, not only in safety innovations but also in the guise of a successor team: Red Bull. 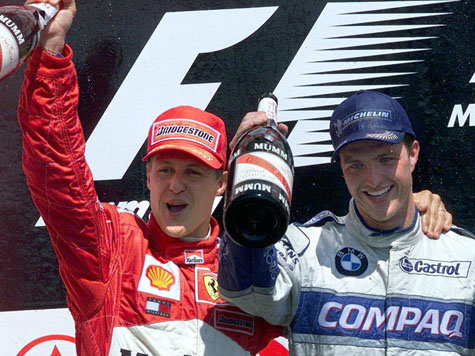 Statistically the greatest dynasty of them all, the success of the Schumacher family in F1 has been mostly one-sided. At 6 wins, younger brother Ralf’s record should not be sniffed at, along with his 27 podiums. In any other period, he may have been a regular championship contender, but his career was overshadowed by older brother Michael. With 91 wins and 7 World Championships, it might be unfair to compare the two directly, as Ralf never enjoyed the machinery or favouritism of his older brother. He now races DTMs with old rival David Coulthard.

With one legend and one very competent driver, the Schumachers will probably stand as one of F1’s best families for as long as the sport exists and as a truly family effort, as the Schumacher parents worked tirelessly to fund their sons’ karting careers. Overseeing a period of dominance unknown since the days of Fangio, Michael retired in 2006 but returned in 2010 with Mercedes (Juan Manuel’s old team). A win by the old master would be a great story for F1. 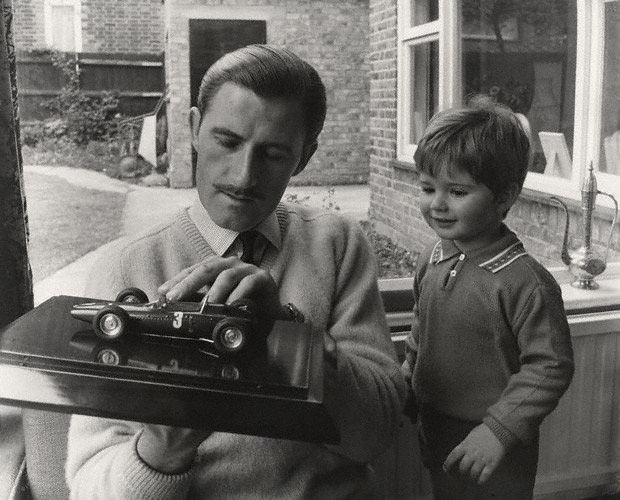 The Hills stand as probably the greatest family dynasty in the sport, the only to have two generations of World Champions.

Graham Hill’s record alone is impressive: 14 wins, 36 podiums, 13 poles and the only winner of motorsport’s Triple Crown (Monaco, the Indianapolis 500 and Le Mans). Hill showed a great passion for racing, continuing long after he had ceased to be competitive and even starting his own team to stay in the sport. Unfortunately, that decision would lead to his tragic death in an air crash, after years of surviving the deadly cars and circuits.

This obviously had a great impact on son Damon, who worked his way up to fund his own career in motor racing. One of the last drivers for Brabham (Graham had also driven for the team), after moving to Williams Damon scored an impressive 21 wins and 40 podiums in four years of racing. After his only World Championship he almost scored Arrow’s only victory, robbed on the last lap by a 50p component to finish second. In 1998 Hill won the Jordan team’s first victory at Spa.

Damon Hill also succeeded Jackie Stewart as President of the BRDC and oversaw Silverstone’s retention of the British Grand Prix, upgrading it to a top standard once more. He recently announced he would step down from the position to manage the career of his son Josh. It’s early days but the prospect of a third generation of Hills entering F1 is certainly appealing for romantics of the sport. That London Rowing Club helmet could come in handy again if Malaysia’s anything to  go by…