Toro Rosso Has Signed Daniil Kvyat (Again) For The 2019 Season

Daniel Ricciardo’s move to Renault and the lack of suitable drivers in Red Bull’s junior programme has given Toro Rosso a bit of a driver problem for 2019 – a problem it’s decided to solve by going back to Kvyat. He’ll be back for his third separate stint with the team next year. He said:

“First of all, I would like to thank Red Bull and Toro Rosso for giving me this opportunity to race in Formula 1 again and I am particularly pleased to be returning to a team I know very well. Toro Rosso has always made me feel at home and I’m sure it will still be the same next season.

“I would also like to thank Ferrari for trusting my driving skills which allowed me to stay connected to F1 as their development driver. Even if my duties were primarily simulator based, I’ve learnt a lot, and I now feel stronger and better prepared than when I left Toro Rosso.”

“I believe he deserves another chance in Formula 1. Daniil is a high skilled driver with fantastic natural speed, which he has proven several times in his career. There were some difficult situations he had to face in the past, but I’m convinced that having had time to mature as a person away from the races will help him show his undeniable capabilities on track.”

It’s the latest peak in Kvyat’s absolute rollercoaster of a career. After being unceremoniously dropped by Toro Rosso last season, he’s spent 2018 as a simulator driver for Ferrari, where he’s apparently been very impressive.

It’s good to see him get another chance after enduring a rather rough ride ever since he was replaced by Max Verstappen. Has a year out of the spotlight been enough to refocus Kvyat into the fast, exciting driver that saw him promoted to Red Bull back in 2015? 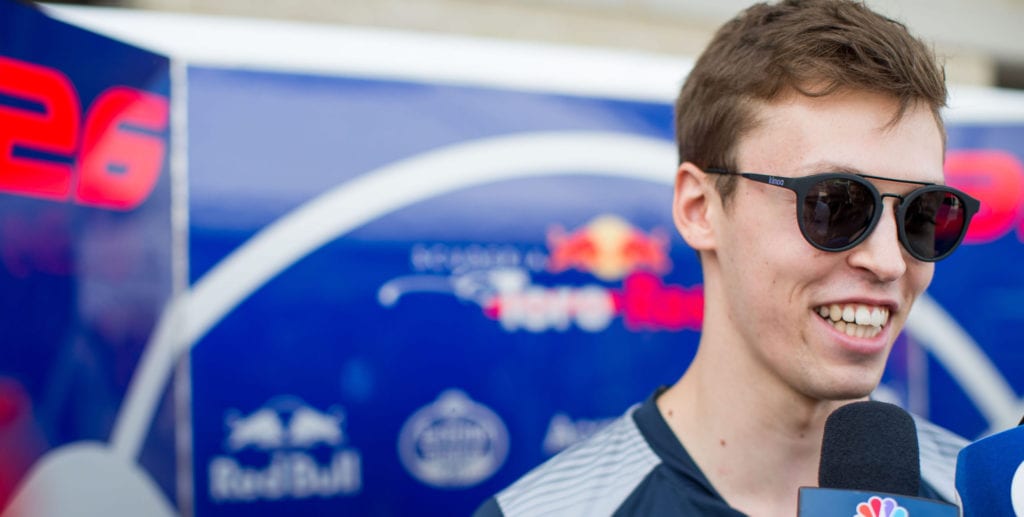