One of the takeaways from the first morning of pre-season testing in Barcelona has to be the smooth session that Toro Rosso experienced with the newly-fitted Honda power unit in the back. Brendan Hartley was at the wheel of the STR13 and completed 72 laps without issue. Whilst lap times at this point are quite irrelevant, Hartley still managed a 1.22.371 which was enough to end the session in fifth, which is also the idealistic target for the team in the constructors’ standings this season.

The bookmakers have Toro Rosso down to be the most likely to finish last in the championship, largely due to the meme generator status that Honda has developed in F1 after three years of misery and teeth-cutting at McLaren. But the first potential bump in the road has been navigated today with a winter testing session without issues.

Last season, Honda suffered in the two weeks of pre-season testing at Barcelona and constant stoppages in the programme translated into the lowest tally of laps completed. A fundamental problem also emerged in the final sessions of testing, with vibrations from the power unit disrupting electronics on the MCL32. There will be a communal sigh of relief from Honda engineers sitting in the Toro Rosso stables this morning as the car seemingly endured the first session without issue.

Elsewhere, Daniel Ricciardo topped the timesheets in the more familiar liveried RB14. He completed sixty laps and managed a 1.20.179, two-tenths quicker than Valtteri Bottas in the Mercedes with Raikkonen’s Ferrari and Hulkenberg’s Renault in close contention.

The McLaren MCL33 didn’t get off to the best start, and Alonso’s winter testing curse continued. A mount for the rear wheel failed and the car spun off into the gravel with three wheels. We’ve seen this before when a pit stop goes wrong and the wheel isn’t fastened, but this was a component failure, which suggests one faulty component or something a bit worse.

But the big story from the morning session has to be Toro Rosso’s hassle-free session given that many would have expected Honda to hold them back. It’s looking good so far though. 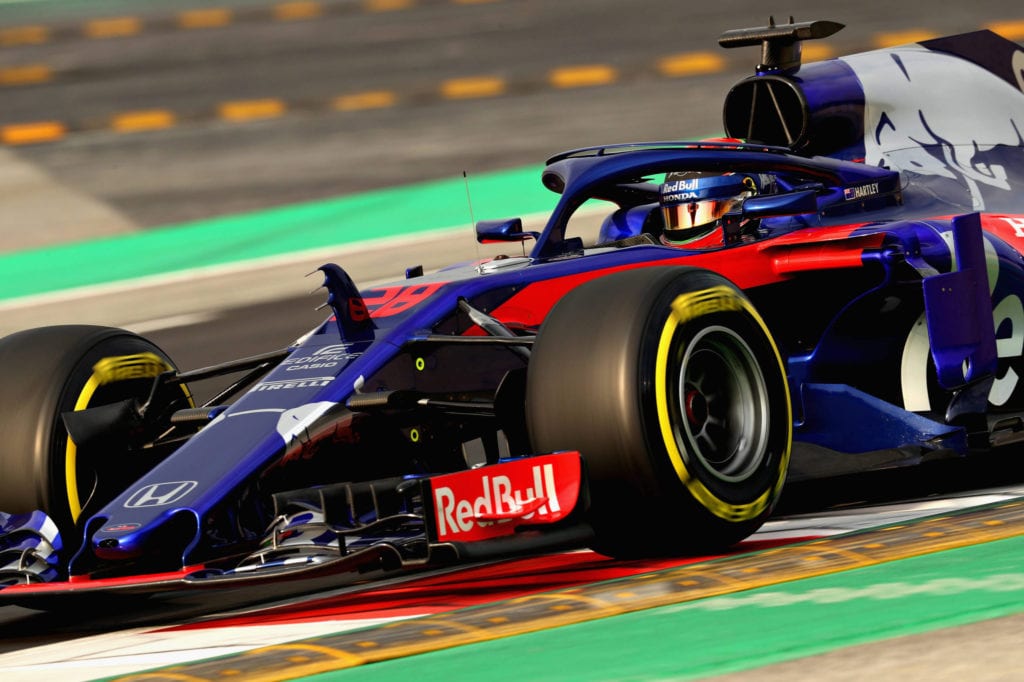