Toro Rosso was one of the surprises of testing. Not because of the pace, not because of any particularly interesting innovations, but because it had pretty much no problems at all with its Honda power units. In the first test the team completed more laps than anyone else, but did so with the use of a few different power units.

The second test was similarly trouble free, leading some to suggest that the team was perhaps fitting a fresh engine every day, but apparently, that wasn’t the case. Toro Rosso technical director James Key said:

“They really have only run one engine for the entirety of test two. It’s run pretty much faultlessly throughout, other than a minor issue towards the end of the test where we stopped the car as a precaution to have a look at the issue in more detail and not take any risks.

“Given we were close to the completion of our programme anyway, we felt it was better to spend some time on that, but otherwise everything with them has run faultlessly.”

That was also confirmed by the head of Honda’s F1 programme, Toyoharu Tanabe, who also said how good it was to work with Toro Rosso.

“We used the same power unit throughout test two. Therefore, it was disappointing that we spotted an anomaly on the data from our PU towards the end of the session and decided to stop running, as there would not have been enough time to investigate the situation fully and send the car out again.

“Overall, the results of winter testing have been satisfactory, as we managed to get through nearly all items on our programme, thus acquiring plenty of valuable data. Equally important, it was our first eight days of working at a race track together with Toro Rosso.Our relationship has been very open and honest and communication has been effective between all of us. It’s only testing, but it has been an ideal start and now we look forward to racing together in Melbourne.”

Toro Rosso has a solid second test, too. Only Ferrari and Mercedes completed more laps and the lap times were solid. As a result, the team has actually revised its goals for the first race. Initially, the team was expecting Melbourne to be a tough weekend, now it’s going into it with the aim of coming away with some points.

Yeah, it’s looking more and more like McLaren wasn’t completely innocent over the past three years… 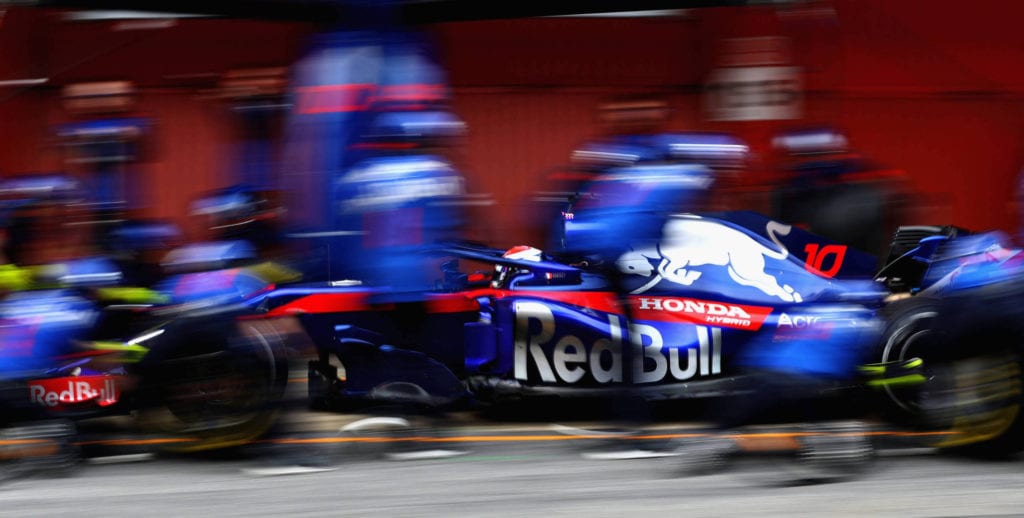