Lando Norris has been really impressive in his Formula 2 campaign so far. An early leader in the championship, all of the signs point to Norris reaching F1 at some point.
But Toro Rosso was hoping to land Lando for the remainder of the 2018 season, only for it to be blocked by McLaren, who surely has its own intention of running the promising driver in the near future. A McLaren spokesperson told the BBC that,

“We are not surprised that other teams approach our drivers. They clearly believe they are as talented as we do.”

Rumours such as this can cause off-track hassle, especially when they don’t come to fruition. Pictured with his visor down, it’s clear that Norris’ primary concern is continuing to prove himself in F2, and maybe we should let him get on with it. 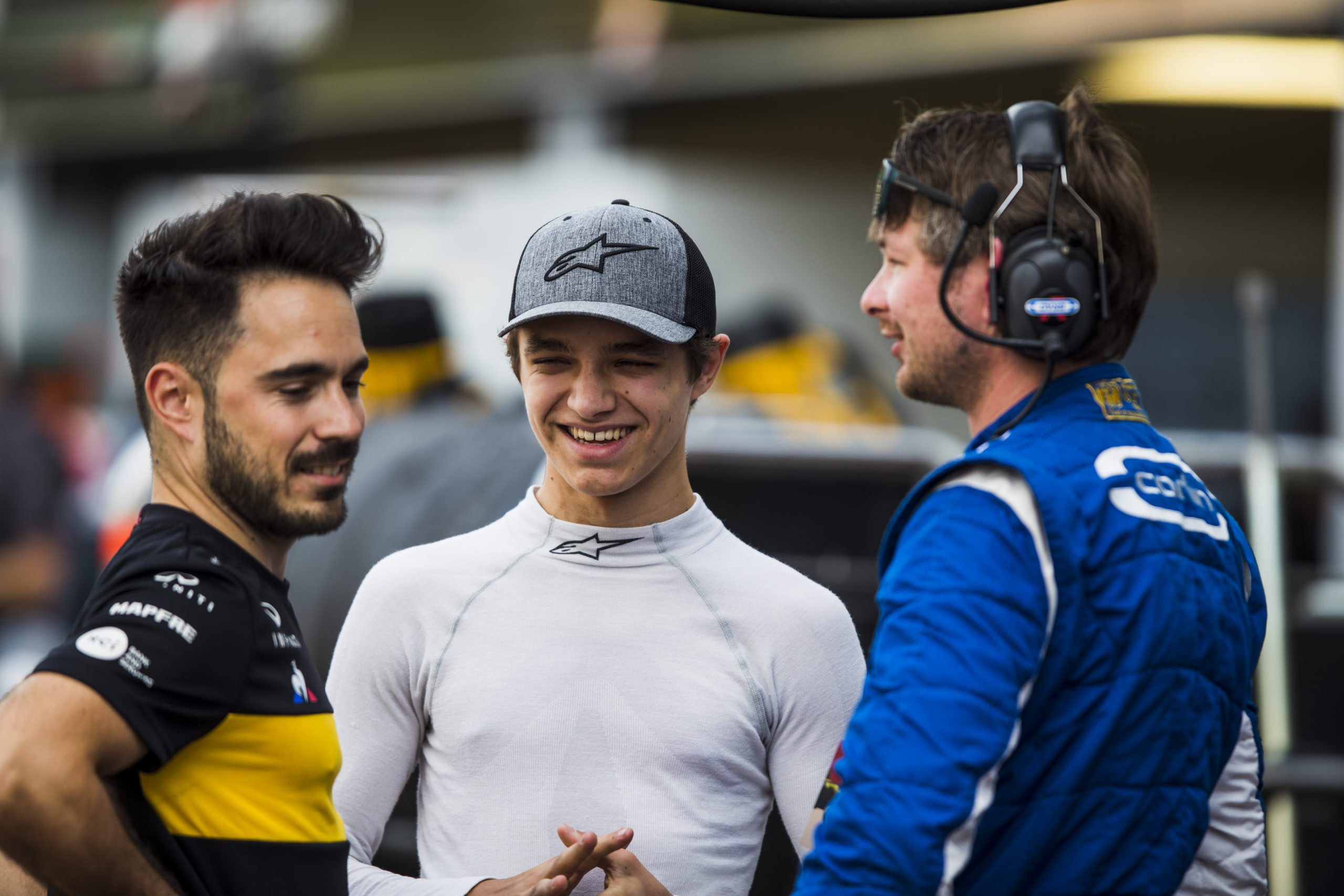