One of the best times for an interviewer to get a juicy quote out of someone is immediately following a race, when everyone is still pumped with emotions.

That was definitely the case following a dramatic Azerbaijan GP. Sky Sports F1 presenter Ted Kravitz tried to stir things up a bit, and grilled Toto Wolff over what happened with Lewis Hamilton’s headrest. Toto saw what he was trying to do though, and as he didn’t like the angle of the question he decided to straight-up shut Kravitz down.

Oof! He also refused to comment on ‘the incident’ between Hamilton and Vettel under the safety car, and with emotions running high immediately after the race that was probably for the best.

And hey, Toto doesn’t really needs to give out any strong opinions – that’s what Niki Lauda is for! Surely it won’t be long before he comes out with a forthright view or two, right? 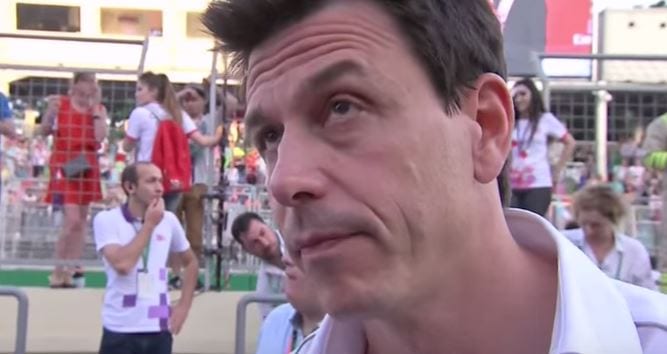