The rumour mill was in overdrive this weekend, when gossip started to spread about Mercedes binning off their driver Valtteri Bottas mid-season. In a move that seems to have taken inspiration from Red Bull, rumours suggested Bottas was out and George Russell was set for a promotion half-way through the 2021 season.

Bottas himself called the gossip “bullshit” and stated that as a team “Mercedes don’t do that”, before throwing some major shade at Red Bull by saying “there’s only one team that does that kind of thing in F1.” Feisty. We like it.

To really set things in stone, Mercedes boss Toto Wolff has also addressed the claims that George Russell will be finding himself in that Silver Arrows seat this year.

Speaking to SkySportsF1, Toto said he saw “no reason to change” the driver lineup of Lewis Hamilton and Bottas.

“I see no reason to change as these guys over there [pointing to Red Bull] like to play. How do you say with the chairs? Musical chairs. So nope, no change expected.”

“I try to work on the relationship with my driver and achieve the best result for [them] before starting to flirt with somebody else,” he added.

Although many have questioned Bottas’ ability as recently as the 2021 Emilia Romagna Grand Prix, Valtteri is still under contract until the end of 2021.

He’s also not a shabby driver.

Since replacing 2016 F1 World Champion Nico Rosberg for the 2017 season, Bottas has managed to achieve nine wins with the constructor as well as 49 podiums. Not a bad points haul.

Do you think Mercedes will keep Bottas for 2022? Let us know in the comments below. 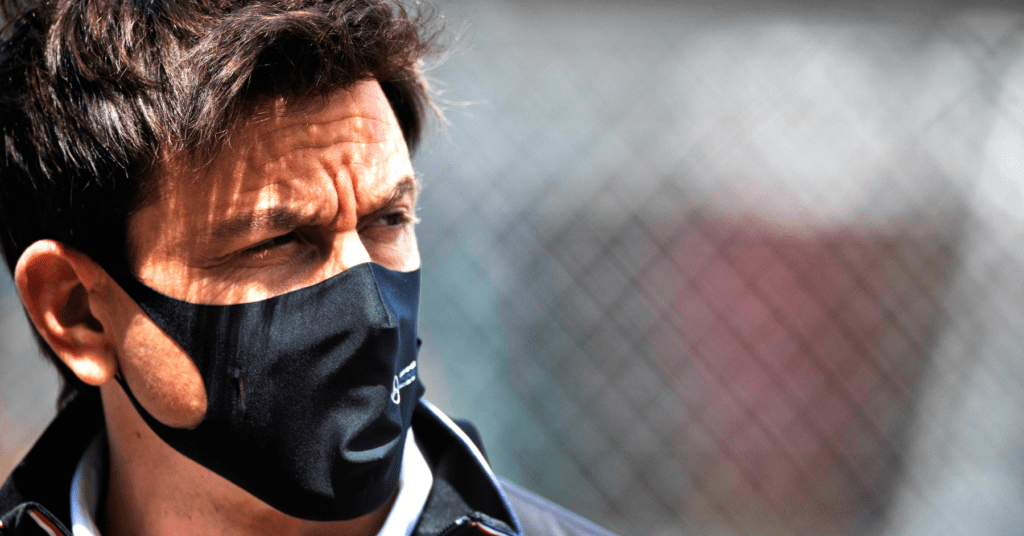