Toto Wolff Is Loving The Increased Competition In F1 This Year

Both Lewis Hamilton and Valtteri Bottas can stretch their impressive consecutive points scoring runs in Baku, but sights must be set on victory this weekend.

Hamilton has had a challenging start to the season; last time out in China he was never in contention for victory despite having a very strong record in Shanghai. Valtteri Bottas has had a couple of strong second place finishes, but victory still eludes Mercedes in what has become its least successful streak of races in the hybrid era.

Despite the lack of success, however, Toto Wolff says the team is relishing the challenge ahead as the competition between Mercedes, Ferrari, and Red Bull has stepped up in 2018. On the season-long war ahead, Wolff said:

“So far, this year has all the ingredients for one of those legendary F1 seasons. A season that fans will look back on with smiles on their faces in years to come. And it’s not just the fans at home or at the race track who are excited – we feel the same. And we know that we have a massive challenge on our hands.

“Last year, we were in a tough fight with Ferrari. However, it was nothing compared to the intensity of this year’s battle. Not everyone likes this kind of challenge – but we love it. Each member of our team joined this sport for these moments.”

But what about the immediate battle ahead? What are the chances of Hamilton or Bottas picking up a victory in Azerbaijan?

The power battle between Mercedes and Ferrari is much tighter this year. The Italian team seems to have nullified the power unit advantages of the Mercedes and has shown strong straight-line speed at every race so far. And with Baku’s long, long straight, top speed is very important. But this high throttle track shouldn’t leave us discounting Red Bull as the narrow, twisty sections of the circuit should suit the RB14.

The event remains a bit of an unknown and it’s difficult to know what to expect. The 2016 race was one of the worst of the season, whereas last year’s chaotic race was probably the best.

Hopefully, we’ll see another dramatic weekend this year (maybe without a repeat of Sebastian Vettel’s meltdown this time) as we discover more of the strengths and weaknesses between the top three teams… which will then inevitably change once the European season kicks off in Barcelona in two weeks. 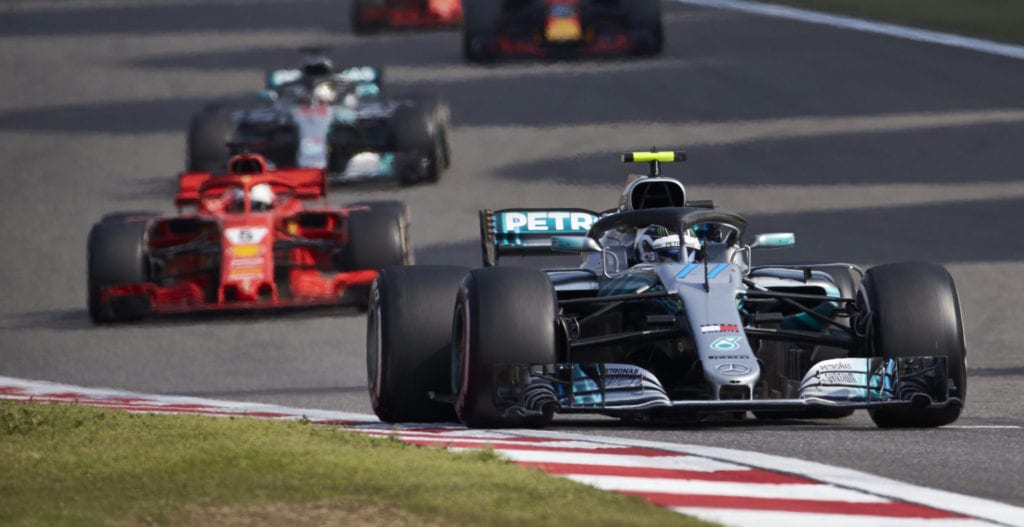