Toto Wolff Stays On As Team Principal As INEOS Now Own A Third Of Mercedes – WTF1
Skip to content
×
Formula 1 , News

Mercedes have announced that Team Principal and CEO Toto Wolff will be staying on with them for another three years, as the team welcome INEOS as a partner who will share a one-third stake in the company alongside Daimler AG and Wolff.

Many had feared about Toto’s future with the team and believed he could bow out of the team, alongside Hamilton, at the end of the season.

It was also revealed that earlier in the year, Wolff took a £37 million stake in Aston Martin who are going to be joining the sport next year in place of Racing Point. Although Wolff’s investment equaled a small  0.95 per cent, some fans cooked up a conspiracy that he could leave Mercedes and instead try to replicate the same success elsewhere.

However, this is evidently not the case and will see Toto stay with the team until the end of 2023.

#AnnounceToto. ✍️ We’re delighted to confirm that Toto will lead the team for a further three years! pic.twitter.com/GLd5yZVtNC

With Toto’s help at the team, Mercedes have gone on to break records and achieve seven consecutive constructors’ championships, as well as provide Lewis Hamilton with an outstanding piece of machinery to achieve world title after world title.

“I am pleased to begin this new chapter for the Mercedes-AMG Petronas F1 Team,” Wolff said in a statement.

“We have been through so many highs and lows together that I cannot imagine working with a better group of people in this sport – and I am very happy to continue together into this new era.

“This new investment from INEOS confirms that the business case for F1 teams is robust and sends an important signal of confidence in the sport after a challenging year.

“We are proud to have added to the brand’s prestigious motorsport heritage since 2010 and we share the ambition to grow the organisation further in the years to come.”

INEOS are a large chemical production company and have been working with Mercedes since the start of the year. They have some experience automotive too, with the INEOS Chairman Jim Ratcliffe identifying a gap in the market for a stripped-down 4×4 vehicle. The ‘Grenadier’ vehicle will go into production for 2021.

“Big challenges are a core part of our mindset at INEOS and our involvement across a number of different sports demonstrates that we always aim for the very best,” Ratcliffe expressed when announcing the shareholder news.

We’re proud to say we are now a one third shareholder of the @MercedesAMGF1 Team – owned in three equal parts by @Daimler, INEOS and Toto Wolff – in addition to our existing role as Principal Partner. #INEOSF1 pic.twitter.com/18SaSpGVBt

“When we entered Formula One earlier this year, we chose to do so with a Mercedes team that had set new benchmarks, and since then we have been in discussions about how we could increase our involvement.

“This is a unique opportunity to make a financial investment in a team at the very top of its game, but which still has rich potential to grow in the future. We could not wish for better partners than Mercedes-Benz, and a team of proven winners led by Toto.” 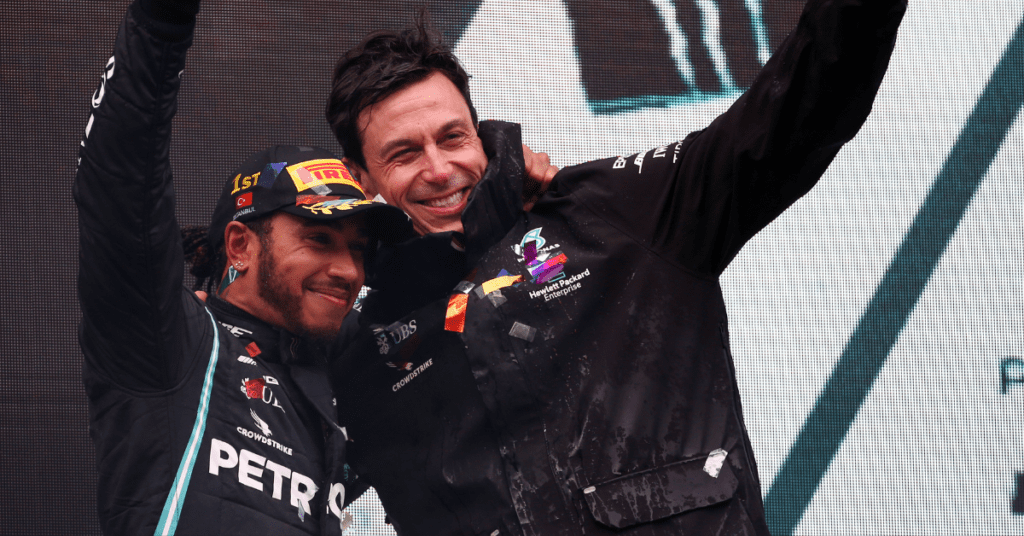