The noise and volume of the current V6 Turbo power units has been a popular topic of discussion among the F1 and motorsport community since they debuted in 2014.

With the current engine format locked in until 2020, talks with the FIA between car makers have already started to take place about the next set of rules.

The quieter, deeper tone of the current hybrid power units has been one of the biggest complaints of F1’s current era.

We’ve heard so many key figures from the paddock admit to wanting F1 to go back to V8 or V10 engines, with their higher-pitched, much louder scream.

Wolff’s not one of those people, he isn’t keen to see F1 go back to older technology but he has stressed making the engines louder should be a major aim for the 2021 regulations.

“Why do people say ‘rev the engine and go, go go’? With everything going hybrid on the road, going efficient, and going autonomous, watching racing cars is still an audio-visual exercise.

“You can see the cars going fast, but the sound is very important. It gives us the perception of power and speed. I think maybe with the current generation of engines we have forgotten to take care about this point.

“Having said that, I don’t think it is completely bad. But with 2020, when we do the new engines, quality of sound should be an essential part. It is very important.”

Wolff added that F1’s in engine situation is in good health with four big manufacturers, but said it would be positive to form an environment that could bring in independent suppliers too. He explained:

“I am 110 percent convinced that F1 needs to be a technology formula – that bolting in an eight -cylinder naturally aspirated engine is not the way we should go because F1 would lose its DNA. It needs to be the most powerful, the fastest possible engine and where the best technology goes.”

Do you agree? Let us know in the comments! 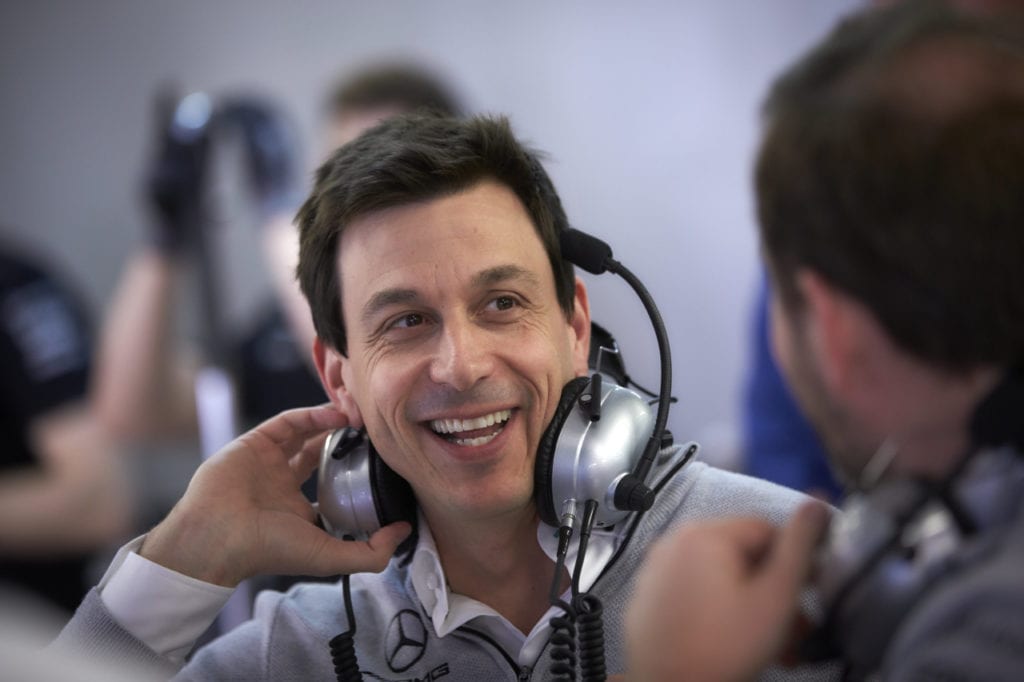