It was the lap average between the Toyota of Kamui Kobayashi and Mike Conway that pipped Fernando Alonso and Kazuki Nakajima’s combined efforts to pole position for the upcoming 6 hours of Spa.

Toyota Gazoo Racing locked out the front row, and Fernando Alonso was pretty pleased with his efforts. He told ESPN that,

“In qualifying, to get the lap together with no mistakes, no problems, obviously with the red flags and things like that, it’s always difficult to get the full focus on it,” Alonso said.

We will start on the first row of the grid. It’s a long time since I had that! It’s a superb performance. The team is just amazing. One-two is a perfect start. We want to convert this in tomorrow’s race.”

The session was overshadowed by Pietro Fittipaldi’s terrible shunt at Eau Rouge. The Brazilian has reportedly suffered a double leg fracture as a result of the impact. His injuries are not life threatening and he remained conscious.

Elsewhere, Neel Jani and Bruno Senna’s combined efforts were enough for third place on the grid for Rebellion Racing, with their teammates Thomas Laurent and Gustavo Menezes in the sister Rebellion-Gibson R-13s.

The LMP2 class pole was taken by Nicolas Lapierre and Pierre Thiriet in the Signatech Alpine ORECA-Gibson 07, but it was a tight call with Jean Eric Vergne and Andrea Pizzitola only a hundredth of a second adrift.

The GTE Pro class was dominated by Ford Ganassi and its Ford GT’s with Andy Priaulx and Harry Ticknell leading the charge.

It sets up an enticing opener to super season, with Toyota Gazoo Racing in the hotseat and Fernando Alonso in a prime position to leave a lasting impression on his WEC debut. 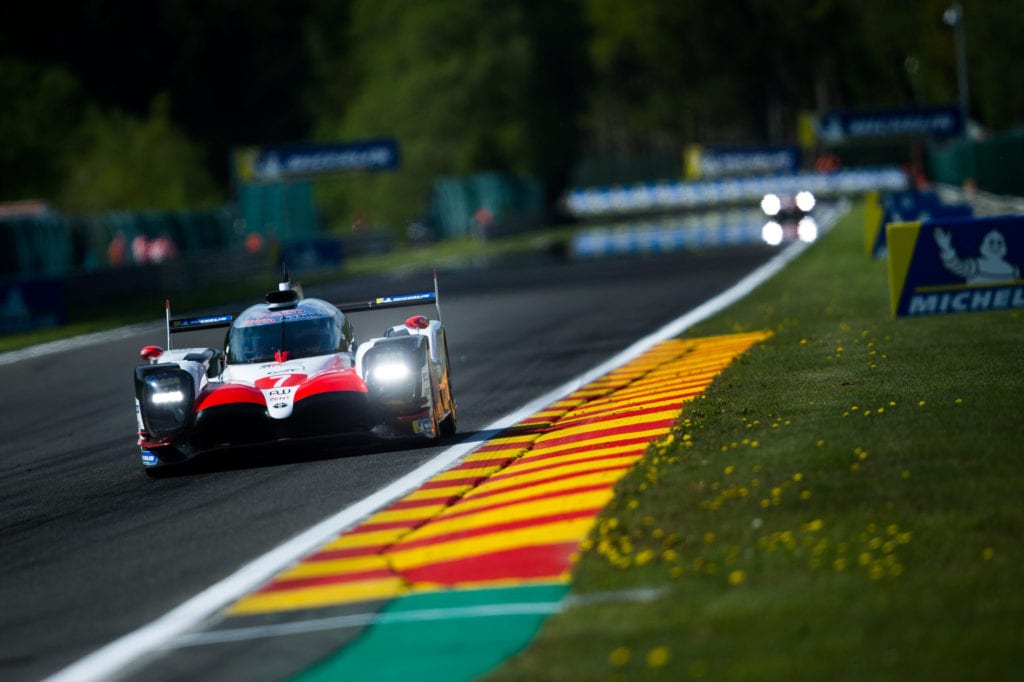