Track Championship: Which Driver Would Win A Championship Of Races At Bahrain? – WTF1
Skip to content
×
Formula 1

In the absence of the Bahrain Grand Prix (well, apart from the virtual ones), it’s time for the second of our season-long series to see which drivers have been the most successful at a particular circuit.

There have been 15 Bahrain Grands Prix since the race made its debut on the 2004 calendar and has had few changes. In 2010, organisers experimented with the longer endurance layout (which proved to be wildly unpopular) and the 2011 race was cancelled due to the local political situation. In 2014, the Bahrain GP became a night race and generally speaking, it’s produced some pretty good races.

Because the race began in 2004, we’ll be using the points system that was in place at the time, which means the 10-8-6-5-4-3-2-1 format which rewarded the top eight finishers of a race – and also placed a bigger emphasis on consistency than winning. Let’s see how that affects things:

Yup, Hamilton is champion again – but only just. A slow start to his Bahrain successes and the way the points system rewards consistency means that he only took the points lead with his win in 2019. Kimi Raikkonen almost won the title despite never winning a race at Bahrain, his eight podiums ensuring he continued to rack up the points. The fact that he’s only missed one Bahrain GP during his career also helps his cause.

Sebastian Vettel isn’t too far behind in third, but his total is harmed by his DNS in 2016 (when his engine failed on the warm-up lap) and the fact that outside of his four wins, he’s only had one other podium. Fernando Alonso is so far behind for similar reasons, leaving him just ahead of Felipe Massa and Nico Rosberg.

There are some real surprises on the fringes of the top 10. After doing so badly in the Australian edition, Jarno Trulli is really high up here – a couple of podiums and some other strong finishes leaves him ahead of race winners Jenson Button and Michael Schumacher. In fact, both of them were almost beaten by Romain Grosjean of all people, who nabbed two podiums with Lotus and then backed that up with some strong results for Haas.

So, that’s two track championships down, and two titles for Hamilton. Will he make it three in a row at the next one? Check back in a couple of weeks to find out both the champion, and the track we’ve used in place of Vietnam… 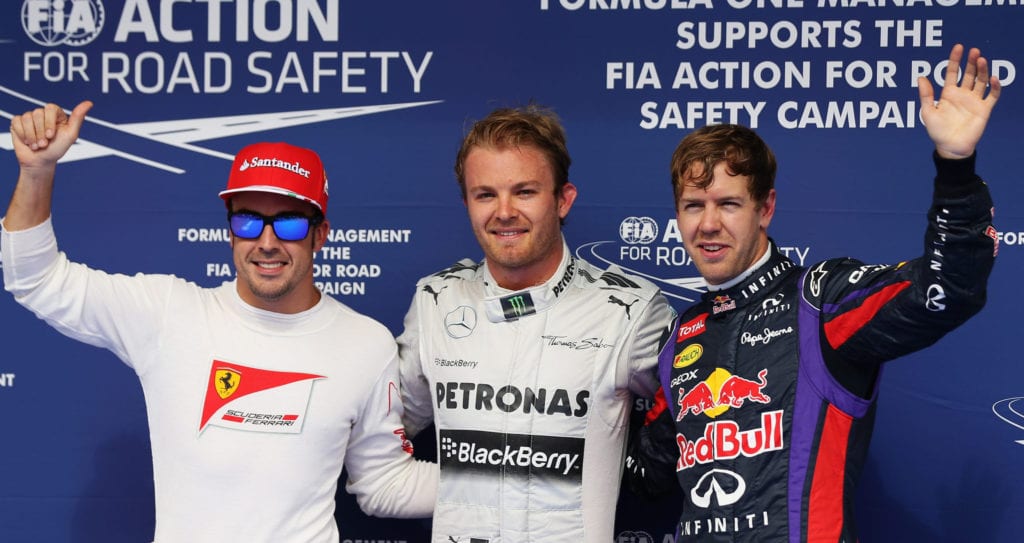