Track Championship: Which Driver Would Win A Championship Of Races At Sepang? – WTF1
Skip to content
×
Formula 1

Right now, we should be basking in the wake of the inaugural Vietnam Grand Prix, talking about how the long straights made for good racing, the dustiness off-line caused several incidents and multiple safety cars, and how the chaotic race and fortunate timing of a late-race VSC gave Lance Stroll his maiden win. Probably.

But we’re not, so here’s the third round of our Track Championship series. Now, we couldn’t very well do a Hanoi one, so instead, here’s one featuring a former circuit located in South East Asia – the Sepang International Circuit.

Host of the Malaysian GP 19 times between 1999 and 2017, Sepang was the first of the wave of modern Hermann Tilke-designed ‘Tilkedromes’ – and in many ways, one of the best. Its long straights enabled plenty of overtaking, the humidity was a challenge for cars and drivers, and there were plenty of lovely fast corners. Oh, and there was always a chance of rain.

It slipped off the calendar for monetary reasons, which is a real shame, but it does allow us to see who the undisputed champion of the circuit was. As it was first raced on in 1999 we’ll be using the 10-6-4-3-2-1 points system. Unfortunately, that means that Jolyon Palmer’s sensational 10th place in the 2016 race doesn’t count for anything here, but there’s plenty more to explore.

(Note – we’re not awarding half points for shortened races in this series, therefore Button gets the full 10 points for his win in the 2009 event.)

Surprising to see Sebastian Vettel on top? A little, perhaps, but with a points system that heavily rewards wins, that fourth victory compared to the three of Fernando Alonso and Michael Schumacher is what makes all the difference. As does the Multi 21 incident with Mark Webber in 2013 – had he not ignored team orders to win that race, Fernando Alonso would be the track champion of Sepang, which is clearly what Vettel was thinking about when he did it.

The real shocker is that Lewis Hamilton is ‘only’ fourth. He only managed one victory in Malaysia and his McLaren years were actually rather lean, managing just two podiums there for the team. The Mercedes years yielded a bit more consistency, but they perhaps highlight the team’s slight weakness in hot and humid environments. Sure, that retirement from the lead in the 2016 race cost him, but it’s worth noting that Vettel has two retirements in Malaysia and one more non-scoring race than Hamilton from one fewer start.

Sepang was a definite ‘Vettel track’ and you have to wonder how it might have affected the momentum of the 2018 championship fight had remained on the calendar.

Another driver who had success in Malaysia was Nick Heidfeld as three of his 13 career podiums came at the track. Spare a thought for Felipe Massa, though, for Sepang was clearly not his circuit – a best finish of fifth in 15 starts leaves him behind even Eddie Irvine… 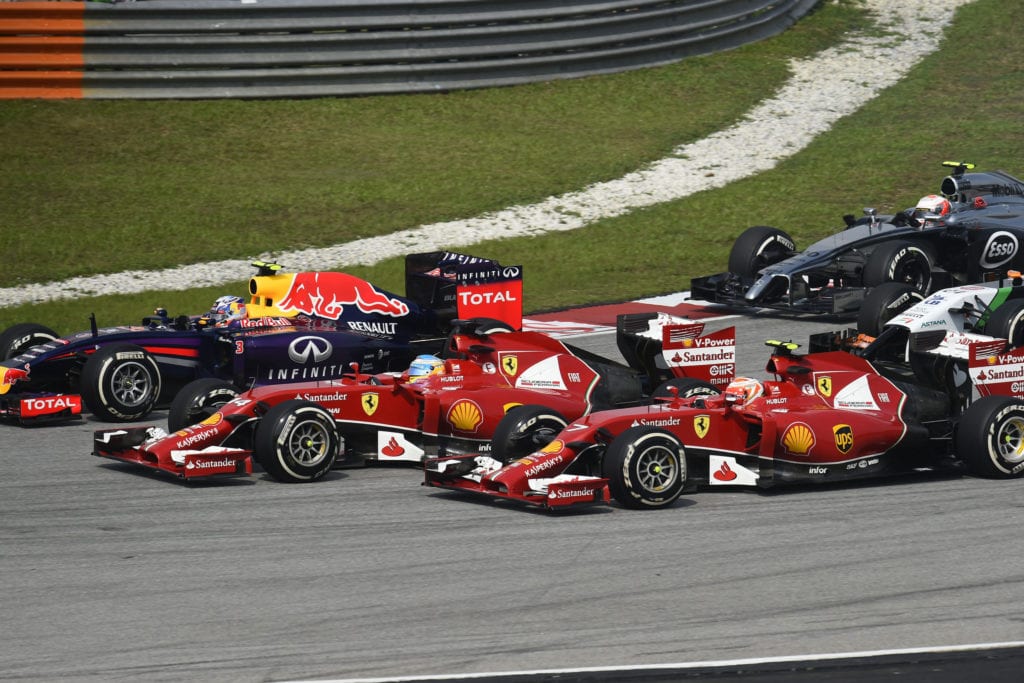