Track Championship: Which Driver Would Win A Championship Of Races At Shanghai? – WTF1
Skip to content
×
Formula 1

The Chinese GP is usually feast or famine – some races there can be utterly exceptional (2011, 2018), others (like last year’s 1000th GP) can be thoroughly tedious. At the moment we’d take a dozen borefests over the situation we currently find ourselves in, but that can’t be helped.

Instead, let’s take a look at who would be the champion if the 16 races held at Shanghai so far were combined into a points table. The track has hosted every Chinese GP since it arrived on the calendar in 2004 and has been here ever since. For the first five years, it was positioned near the end of the season (in 2005 it was actually the season finale) before it moved to its current position as one of the flyaways at the beginning of the year.

Because it joined the calendar in 2004 it means we’ll be using the 10-8-6-5-4-3-2-1 points system used that season, which rewarded consistently good results more than a win-or-bust approach.

Let’s take a look at the standings…

Yep, it’s a third title for Hamilton in the four track championships so far, and his most crushing win yet. Six wins and three other podium finishes from his 13 starts in China leaves him 22 points ahead of Sebastian Vettel, who amazingly hasn’t won in Shanghai since he claimed Red Bull’s first win in the 2009 race.

Fernando Alonso, Kimi Raikkonen and Jenson Button are all up there thanks to their longevity (and obviously, their success), with Nico Rosberg’s Mercedes years boosting him up the order.

The biggest omission from the top places, however, is clearly Michael Schumacher. Sure, he only started six races in China, yet he scores less than Rubens Barrichello, Max Verstappen, and even Giancarlo Fisichella.

Shanghai was never really Schumacher’s track. At the first race in 2004 he spun in qualifying and had to start from the back, spun during the race, suffered a puncture, and generally struggled as he recorded his first non-points-scoring finish since the 1999 Australian GP. Ouch.

In 2005 he crashed into Christijan Albers on the way to the grid and then spun out of the race, while the chance of a strong result in 2012 was dashed when a wheel wasn’t fitted properly during his first stop. However, the track was the scene of his 91st and final victory in 2006, which was also one of his finest. 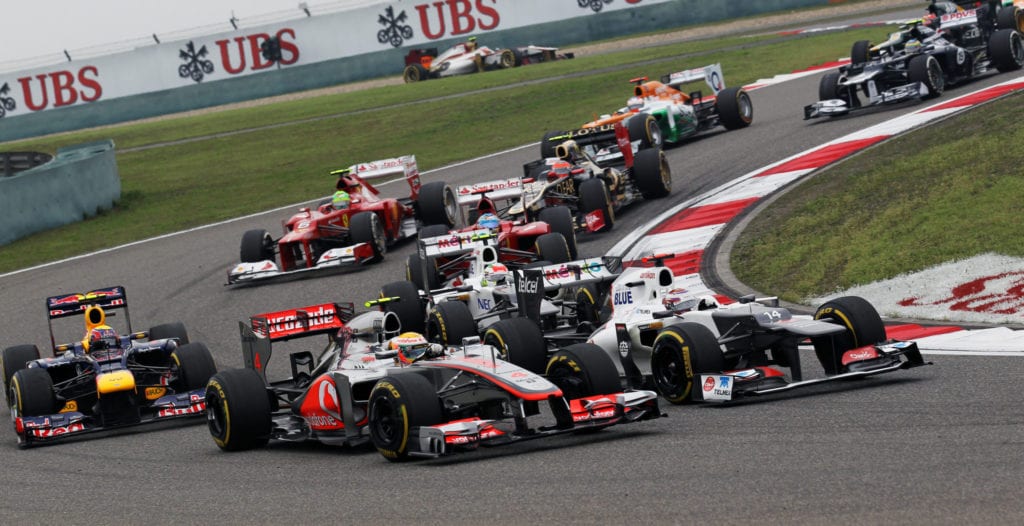