Track Championship: Which Driver Would Win A Championship Of Races At The Hungaroring? – WTF1
Skip to content
×
Formula 1

The tight and twisty Hungaroring is a funny old circuit, with races there either being unbelievably good or mind-numbingly boring. The first Hungarian GP took place in 1986 and hasn’t missed a year since, which means that by the end of the 2020 season, the only other circuit to have hosted as many races in the same timeframe is Monza.

In that time, the track has gained a bit of a reputation for throwing up unusual or significant results – Damon Hill, Fernando Alonso, Jenson Button and Heikki Kovalainen all took their first wins at the circuit, while the most famous race at the track was probably the 1997 running. Hill was about to win in an unfancied Arrows until a problem dropped him to second with a lap to go. We won’t dwell on that though because 23 years later, it still hurts.

So, onto the Track Championship. Given that Lewis Hamilton just won a record-equalling eighth race at the Hungaroring, figuring out who ends up on top probably isn’t the most taxing thing you’ll do with your brain today, but the rest of it makes for close and interesting reading. So, using the 9-6-4-3-2-1 points system that was in place when the track first appeared on the calendar in 1986, let’s see what a championship of 35 years of racing at one circuit looks like:

Yep, Hamilton is well ahead. Somewhat surprisingly, though, it’s actually Kimi Raikkonen who just edges out Michael Schumacher for second. He has just the one win compared to Schumacher’s four, but the eight other podiums for Kimi help to boost his points tally.

Ayrton Senna stands out in fourth with a simply sublime record of three wins and four second places from eight races. He was running second in the 1993 race, too, until a throttle issue with his McLaren put him out of the race.

We’ve mentioned him already, but Hill also has a pretty great record at the Hungaroring, with two wins and three seconds. That 11th from 1992 is significant as well as it turned out to be the last race for the Brabham team and it was only the second time all year that Hill had qualified for a race.

As always, there are some big names who are further down than you might expect. Alain Prost (22nd) didn’t seem to have a particularly good time at the circuit, nor did Nico Rosberg (23rd) – his second place in 2016 was his only podium.

And spare a thought for Felipe Massa down in 35th. He never managed a podium in Hungary, but should have won the 2008 race until an engine failure with three laps to go handed Kovalainen his first and only grand prix win – and is arguably one of the major reasons why he lost that year’s championship. 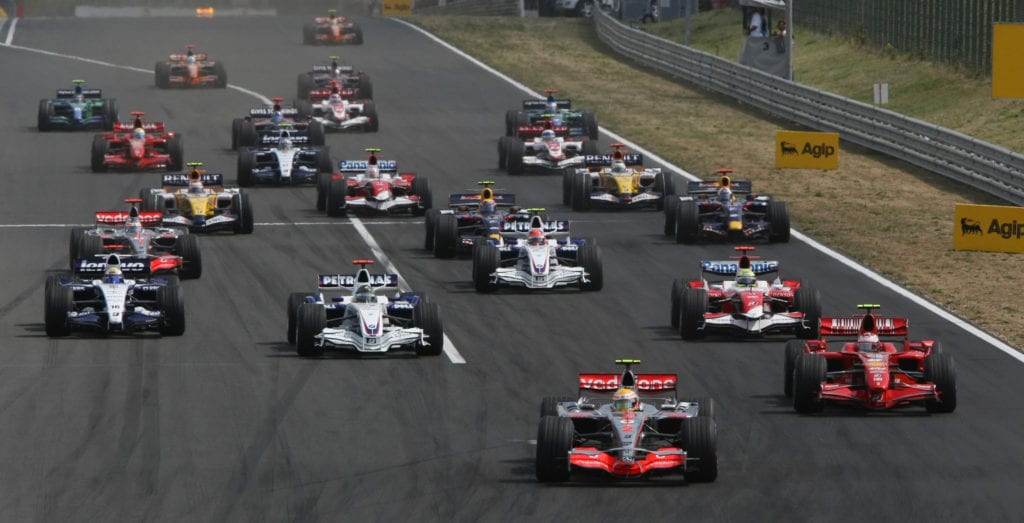