Track Championship: Which Driver Would Win A Championship Of Races At The Nurburgring? – WTF1
Skip to content
×
Formula 1

This series focuses on the the tracks of the 2020 calendar (or rather, the planned 2020 calendar before everything had to change), looking back through their history to see who has performed best at a particular circuit over the years. We’ve already gone with a non-2020 circuit once this year because with Vietnam being a completely new race, obviously there was no previous data to go on, so in that edition we looked at Sepang instead.

But this weekend would have been Azerbaijan, a circuit which has hosted races. So why are we not looking at those instead? The answer is simple: Formula 1 needs a minimum of eight races to be considered a valid championship, so that’s a rule we’re going with as well. Baku has only hosted four races. If you’re curious about the championship table, though, we have worked it out – click here to have a look (yep, Sergio Perez is really good in Baku).

So, with the Baku City Circuit ineligible, which track do we use instead? Well, since the first race at Baku in 2016 actually went under the title of the European Grand Prix, we thought we’d go with the circuit that most famously used the European GP name – the Nurburgring.

However, this brought us to another dilemma. This series is a track championship – a fun little thing to see who’s done best at a certain circuit. The Nurburgring GP circuit is very different from the Nurburgring Nordschleife, which F1 raced at until 1976. Do we include the Nordschleife in the figures?

Most circuits undergo varying degrees of changes and alterations throughout the years while fundamentally retaining the same character. But the fact that the Nordschleife is effectively a completely different track means that it probably shouldn’t be included – so we haven’t. This is also a problem we’ll have at the Red Bull Ring, Spa, and Interlagos – but we’ll deal with those when we get to them.

So, onto the track championship itself. We’ll be counting all F1 races at the Nurburgring GP circuit (whether it was run as the European, German, or Luxembourg Grand Prix) since it first appeared on the calendar in 1984 until its most recent usage in 2013. That also means we’re using the 9-6-4-3-2-1 points system for the top six.

With just 18 races spread over 29 years, this one could be interesting…

…And indeed it is! There’s no surprise at all that Michael Schumacher comes out on top. After all, the reason the Nurburgring ended up being the venue for a second F1 race in Germany was because of his popularity, and the bulk of the races held there happened during the successful period of his career.

It’s the rest of the top 10 where things are a bit surprising, because there are a lot of drivers typically viewed as ‘number twos’ in there. Rubens Barrichello is second – again, perhaps not surprising given his Ferrari years, but he also had very good results at the track in the 1990s for Jordan and Stewart.

David Coulthard is right up there in fourth despite having never finished higher than third – a result he achieved five times – with a fourth and a fifth for Red Bull also helping his score. Mark Webber and Felipe Massa also score well, as both drivers enjoyed key career firsts at the circuit – Massa’s third in 2006 was his first podium, while Webber had his first win at the track in 2009.

These ‘number two’ drivers are ahead of a number of world champions – Kimi Raikkonen, Jenson Button, Damon Hill, and Lewis Hamilton are all well down the order.

The two races in the 1980s also make for some interesting results. Alain Prost and Michele Alboreto clearly had the circuit sussed, and just two drivers who competed in the 1985 race (Martin Brundle and Gerhard Berger) were still on the grid when the Nurburgring rejoined the calendar in the 90s – and both of them ended up scoring points at the circuit.

The whole thing is a reminder that the Nurburgring had a tendency to throw up decent races and unusual moment – and we really miss it from the calendar. Who can forget Markus Winkelhock leading for Spyker in 2007, or the madness of the 1999 race which saw Johnny Herbert win for Stewart ahead of Jarno Trulli in the Prost?

Maybe one day, F1 can find a way to go back there… 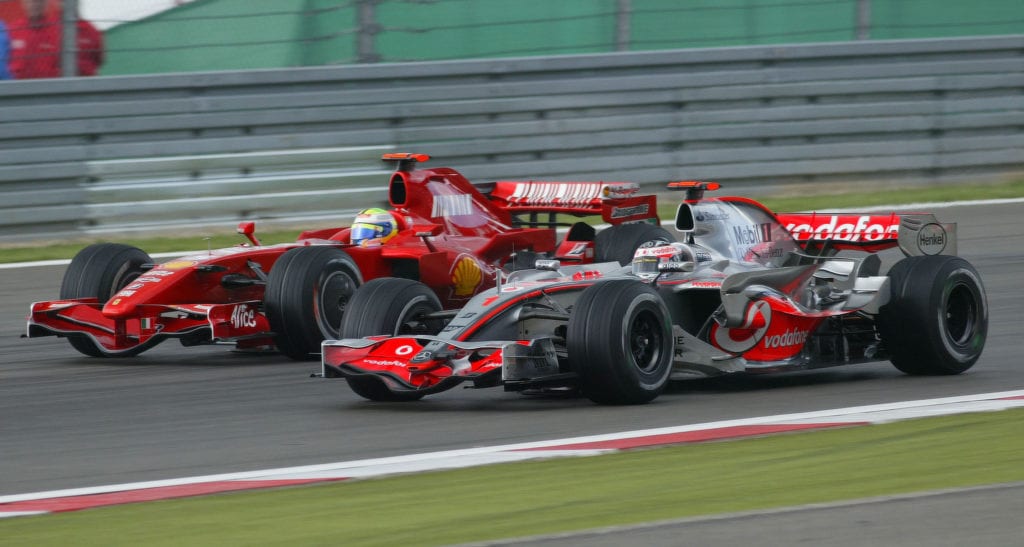