Track Championship: Which Driver Would Win A Championship Of Races At The Red Bull Ring? – WTF1
Skip to content
×
Formula 1

We’re back with Round 11 in our Track Championship series and, like when we did one with the Nurburgring, there’s a bit of a dilemma. The Red Bull Ring (formerly known as the A1 Ring) was revamped in the mid-1990s from the fearsome Osterreichring – a high-speed blast through the hills that was the home of the Austrian GP from 1970 until 1987.

The modern Red Bull Ring does use some parts of the old Osterreichring. However, apart from Turn 8, all of the shared sections are straights, meaning the similarities between the two are pretty much just the scenery. Because the actual layouts have very little in common, we won’t be including the races from the Osterreichring in this post.

The Austrian GP dropped off the calendar in 1987 after the old Osterreichring was deemed too fast and too dangerous for modern F1. The race returned to the calendar 10 years later on the heavily-revised layout which was also the first major F1 circuit designed by Hermann Tilke.

With the track known as the A1 Ring, it remained on the calendar until 2003. In 2014 it returned as the Red Bull Ring (with the exact same layout) and has since become known not only for its short and simple layout, but also for producing exciting races. This year, it also became the first circuit to host two races in the same season with the addition of the Styrian GP one week after the Austrian GP.

We’ve included both races in this round. And, because the circuit in its current guise was first used in 1997, we’re using the 10-6-4-3-2-1 points system that was in place. So, when you combine the results from the 15 races at the circuit and dish out the points, who wins? Well, here’s the table:

It’s a close one, with just 10 points covering the top five and nobody managing more than two wins. That three current drivers are right up there shouldn’t be surprising as there have now been more races at the circuit than there was from 1997-2003. Lewis Hamilton comes out on top, which is perhaps surprising as it’s never been a circuit where he’s had lots of success – by his standards, anyway. That’s borne out by the fact that Valtteri Bottas is just four points behind, despite spending three of those races in a Williams, and that Max Verstappen in just 10 points behind, despite an extra retirement and fewer starts.

Michael Schumacher’s ranking is hurt because he missed the 1999 race due to a broken leg, but what we really need to talk about is David Coulthard up there in second. Who would have figured that Coulthard was so strong at this circuit? Those five consecutive podiums – four seconds and a win – at the circuit is not only the longest podium streak of any driver at the track, it’s also his longest run of podiums at any circuit throughout his career.

If F1 hadn’t held two races at the Red Bull Ring this year and the Styrian GP never happened, then Coulthard would have been fairly comfortably on top. And who would have guessed that!?

Rubens Barrichello is down ninth at the track at which he was famously shafted by team orders on the last lap in two consecutive years. However, that doesn’t make too much difference to place in the track championship – had he actually finished in the positions he should have done (second in 2001, first in 2002) then he’d be seventh, while Schumacher would drop one place to fifth.

Even though Austria wasn’t on the calendar during his Red Bull years, Sebastian Vettel should probably be higher than the 10th he currently is, but the world champion who’s really been done dirty is Fernando Alonso. There was no Austrian GP on the calendar during the successful portion of his career, with a lack of results in the McLaren-Honda years leaving him way down in 27th. That’s even worse than Romain Grosjean and Kevin Magnussen! Maybe he’ll have a chance to improve those numbers when he returns with Renault next year… 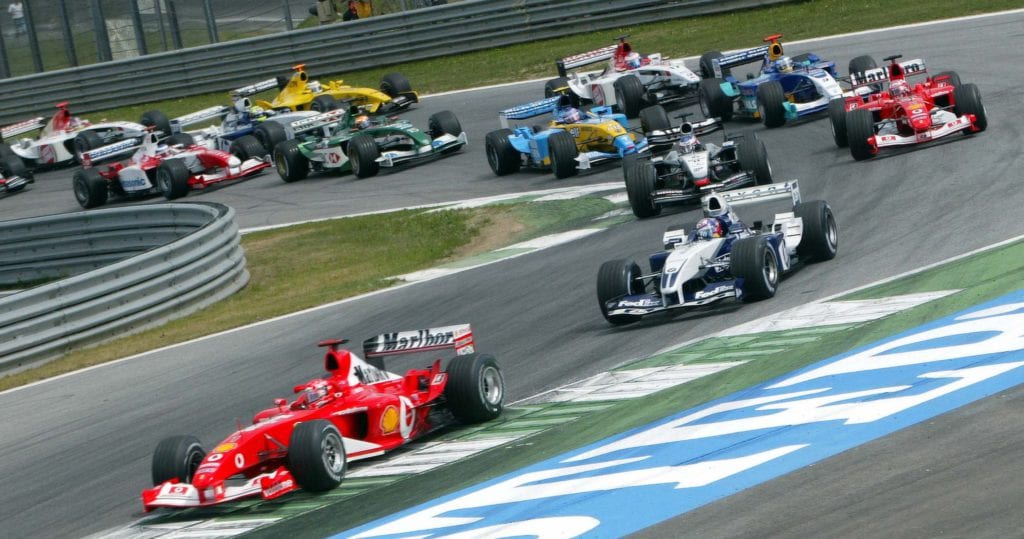