Track Championship: Which Driver Would Win A Championship Of Races At Zandvoort? – WTF1
Skip to content
×
Formula 1

In F1 terms, all the tracks we’ve seen so far have been fairly recent in F1 terms – the oldest has been Albert Park, which was first used for F1 in 1996. However, the situation for Zandvoort, home of the Dutch GP, is very different. Not only did it host the first of its 30 World Championship races way back in 1952, but the last time F1 raced there was in 1985.

Of course, we should have been watching its triumphant return this weekend, seeing how modern cars tackled the revised layout and new banked turns, and marvelling at what would have been a packed crowd of passionate fans and the seas of orange in support of Max Verstappen. But we’re not.

It’s a big track championship this week – not only because Zandvoort has had the most races of any of the tracks so far, but because of how many different drivers managed to score points in at the circuit, particularly in the early years. Speaking of points, because the first race was in 1952, that means we’re using the points system of the day which only awarded points to the top five – 8-6-4-3-2. There was also a point on offer for fastest lap back then, but we’re not including that. Anyway, let’s dive in.

It’s a win for Niki Lauda, just edging out Jim Clark and his superb record of four wins in five years, with Jackie Stewart a close third.

In fact, world champions dominate proceedings, with Clay Regazzoni and Stirling Moss the only two drivers in the top 10 not to also be champions. Perhaps that shouldn’t be surprising – when a race spans as many eras as the Dutch GP has, those who won championships are generally going to come out favourably when you isolate a single race in this manner.

One champion who isn’t as high up as you might anticipate is Juan Manuel Fangio. He was injured for the first race in 1952, and then during three of his championship years (1954, 1956, and 1957) the Dutch GP wasn’t on the calendar.

Also, if you’re wondering why Jose Froilan Gonzalez and Felice Bonetto are both marked down as finishing third in the 1953 race, it’s because they shared a drive. Gonzalez’s Maserati broke down early on, so he took over Bonetto’s car and recovered to third place, sharing the four points on offer between them. 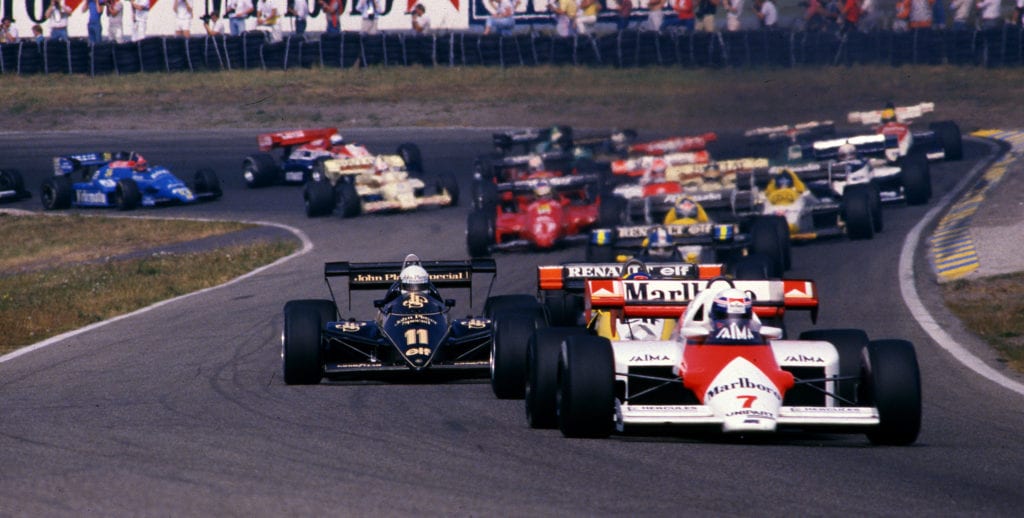