Track Championship: Which Driver Would Win A Championship Of Races In Catalunya? – WTF1
Skip to content
×
Formula 1

Catalunya has been the venue for the Spanish Grand Prix every year since 1991 (although maybe not for much longer) when it replaced Jerez and in some ways, it’s a bit of an odd circuit. The track layout itself is superb, with a variety of corner types and plenty of high-speed stuff, factors which have made it an ideal venue for testing.

However, that also makes for generally unremarkable racing. The final chicane was added in 2007 to try and improve matters, but it seemed to have little effect. On top of that, it also nerfed two of the best corners on the track.

It’s something of an unloved circuit which, despite being around for three decades, probably wouldn’t be missed. It does occasionally churn out an interesting race, but even those are only really memorable because of the result. If Max Verstappen hadn’t become the youngest winner on his Red Bull debut in 2016, or if the 2012 race hadn’t been won by Pastor Maldonado, would we remember those races at all?

Anyway, onto the track championship. As well as being the first year of Catalunya, 1991 was also the first year that drivers got 10 points for a win, meaning we’re using the 10-6-4-3-2-1 system for all 29 races. Sorry, Ralph Firman, but your point for finishing eighth for Jordan in the 2003 race counts for nothing here.

Finally, we have a first win for Michael Schumacher – and a comfortable one at that. The reason that the statistically most successful F1 driver of all time hasn’t won any of these is that this series has so far consisted mostly of more modern circuits which missed out chunks of his most successful years.

Catalunya, however, covers his entire career – and what a time he had at the circuit. Six wins and six other podiums is far, far better than anyone else has managed, and his tally is boosted by the fact that he’s only failed to finish there twice, finishing in the top six on all other occasions – even during his less successful Mercedes comeback years. It’s also the first time we’ve seen a driver score over 100 points at a circuit in this series, with Lewis Hamilton (who really didn’t enjoy much success in Spain until his Mercedes years) a massive 38 points behind Schumacher.

The usual suspects fill up the other top places, with Mika Hakkinen also right up there with his hattrick of wins. It should have been four in a row, but his McLaren broke down while he led on the last lap in 2001.

It’s also a decent visual representation of a remarkable record the circuit holds – between 2007 and 2016 there wasn’t a single repeat winner, a record for any track in F1 history.

Most importantly, though, Pastor Maldonado’s 10 points from the miracle in 2012 puts him ahead of Ayrton Senna in the table. Now, we’re not saying that means that Maldonado is better than Senna, but if you wanted to interpret it that way, we’re not going to stop you. 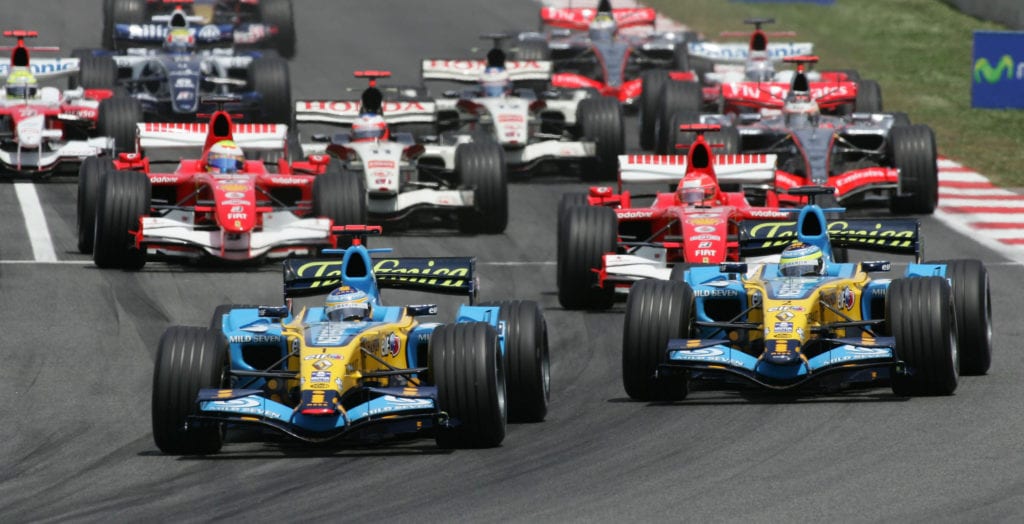