Track Championship: Which Driver Would Win A Championship Of Races In Monaco? – WTF1
Skip to content
×
Formula 1

Monaco. The third-longest serving grand prix on the calendar (behind Great Britain and Italy) and the circuit with the second-most races (behind only Monza). Aside from perhaps their home race, Monaco is the grand prix that every driver wants to win and according to Enzo Ferrari, a win at Monaco was worth half a championship.

But what if Monaco itself was a championship? What if every single World Championship event held there since 1950 was worth points, and every driver who scored points there was entered into one massive points table? That’s the concept behind out Track Championship series and, despite having 65 races to go through, we’ve gone ahead and done it for Monaco anyway.

Because Monaco’s first race was in 1950, that means we’re using the 1950 points system of 8-6-4-3-2 (as usual, we’re not counting fastest lap points). That means that only the top five drivers from each race (even more recent years) can score points towards this fictional championship. Given the prestige of Monaco, that kind of seems appropriate though – plus, add in any more points-scoring positions and this table would end up being even more hilariously and ridiculous large than it already is.

I appreciate that this is going to be really difficult to view on any devices, so click this link to get to the full-size image. Or, if it’s easier, here’s a direct link to the Google Sheets spreadsheet for you to scan through.

As you can see, it’s insanely close at the top. Ayrton Senna’s six wins are just enough to give him the win over Michael Schumacher, whose long career and smattering of lesser results aren’t quite enough to overhaul the Brazilian. Sebastian Vettel is a very surprising third – he’s ‘only’ won there twice, but his five second places are enough to bring him to within touching distance of a couple of Monaco legends – and ahead of a few others.

Graham ‘Mr. Monaco’ Hill is an unsurprising fourth thanks to his five wins, with Lewis Hamilton in fifth, again thanks more to consistency and longevity rather than out-and-out success (mind you, three wins is nothing to sniff at). With four wins, Alain Prost is perhaps surprisingly low in the list – then again, he’s only 11 points behind ‘champion’ Senna, showing just how close things are.

There are a couple more surprising drivers in the top 10. Mark Webber’s brace of wins puts him eighth, just ahead of Jody Scheckter. I’d never realised just what a happy hunting ground Monaco was for the South African, but two wins and five podiums from seven races is a seriously impressive return, putting him ahead of three-time winners Jackie Stewart and Nico Rosberg – both of whom have more starts.

There are plenty of world champions who are lower down than you might expect, largely down to the fact that they never actually won at Monaco.

There’s a lot to digest here, so I’ll just pick out a couple of drivers who surprised me with how high up they are.

Eddie Irvine is an impressive 22nd thanks to a streak of three podiums for Ferrari, and then a fourth and a third for Jaguar. Irvine gets a bad rap sometimes, but consistently strong performances at a track like Monaco (and not always in competitive cars) remind you that he was an extremely talented driver.

However, the biggest shock for me is Mika Salo. He sits 57th on the list (out of 124 drivers, remember!) despite spending most of his career with midfield or backmarker teams. And yet, he often pulled a result out of the bag at the circuit where driver skill can offset a car’s lack of performance: fifth for Tyrrell in 1996 and 1997, fourth for Arrows in 1998, and fifth for Sauber in 2000 – on all occasions the teams best (or joint-best) results of the year. That give him nine points and puts him ahead of two Monaco winners and several world champions. Bravo, Mika. 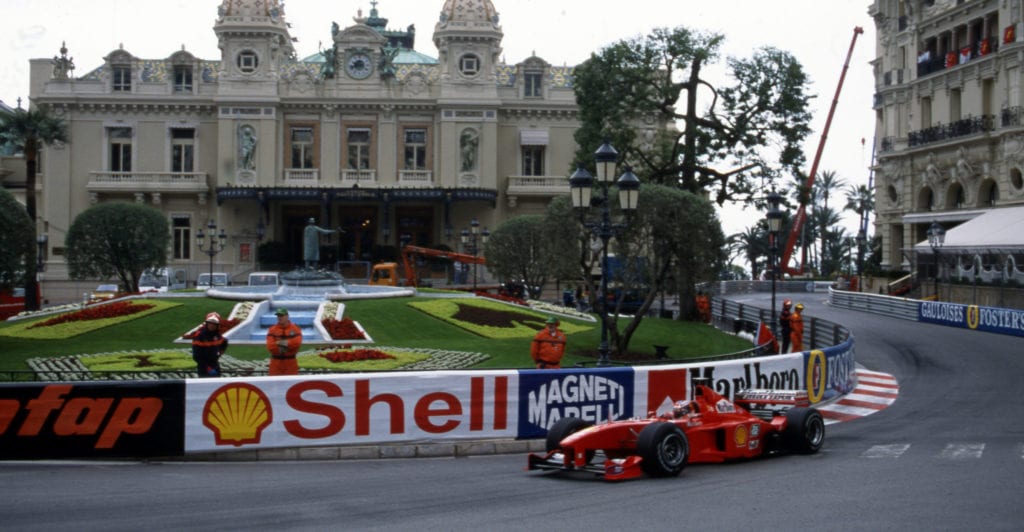