Track Championship: Which Driver Would Win A Championship Of Races In Montreal? – WTF1
Skip to content 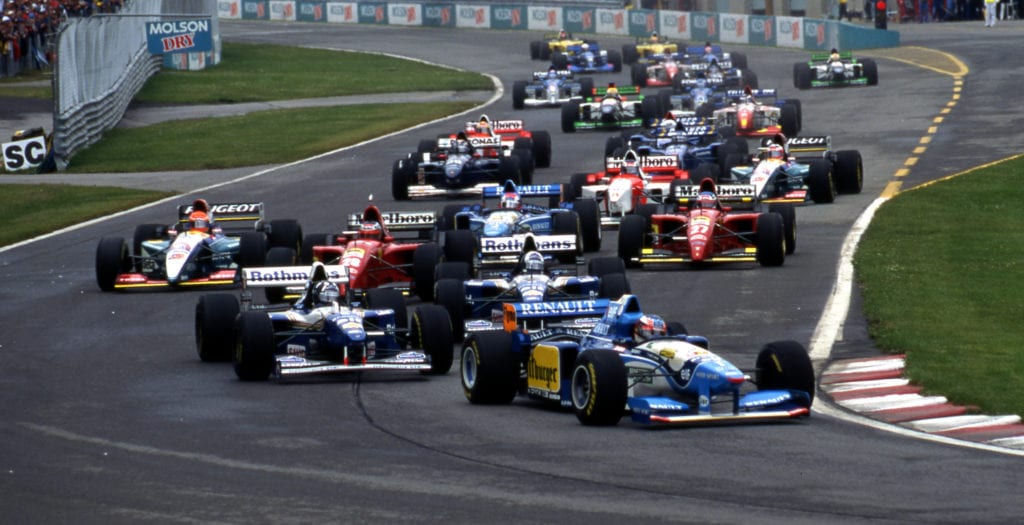 The Canadian GP first appeared on the F1 calendar in 1967, with races being shared between the Mosport and Mont Tremblant circuits. In 1978, the race moved to the Ile Notre-Dame track in Montreal, which was renamed to the Circuit Gilles Villeneuve in 1982. It’s hosted every Canadian GP since, though it has missed a couple of years – 1987, a sponsorship dispute led between two breweries led to the race skipping a year, while circuit renovations meant that it was also missing from the 2009 calendar.

It could also end up missing out in 2020, too, as its current postponement is expected to end up becoming a full-on cancellation when F1 eventually confirms the rest of its revised calendar.

It’s a classic circuit, though, and one which has become known for generating interesting races thanks to its unusual layout and the close proximity of the walls.

But what does that mean for our track championship series, where we take every race from a particular circuit and create a championship table based on the results?

If this is a bit small to read on your screen, you can check out the full spreadsheet here.

Yup, even though both of them have won there seven times, Michael Schumacher is well ahead of Lewis Hamilton, because when Schumi wasn’t winning, he was usually finishing second. Meanwhile, Hamilton had a bit of a win or bust approach in Canada during the first half of his career – he crashed in the pit lane in 2008, collided with teammate Jenson Button in 2011, and then had a mechanical failure in 2014.

That still puts him ahead of Sebastian Vettel and a slightly surprising Nelson Piquet. Rubens Barrichello’s long career means another top 10 for him, while Jean Alesi up there in seventh shows that although we all remember his sole F1 win at the track in 1995, he was actually pretty mega in Canada throughout his career.

Perhaps the really surprising driver up there, though, is Giancarlo Fisichella. He was always good in Canada, but those results put him ahead of the likes of Fernando Alonso, Ayrton Senna and Jenson Button – despite the fact he never won there.

Those results come from a string of podiums in the late 1990s for Jordan and Benetton, as well as some strong top six results in the second half of his career (including an 11th to fourth for Sauber in 2004). But it could have been even better and even his ‘bad’ results hide just how effective he was in Montreal.

Eighth for Minardi in 1996 was the team’s best result of the year. He was running sixth when his Jordan broke down in 2003, was leading for Renault in 2005 when he suffered a hydraulics failure, and was on course for a podium in 2007 when he was disqualified for leaving the pits under a red light. I know, I know, ‘what-ifs’ mean nothing, but it shows that although the talented Italian had a bit of a patchy career, he always seemed to be on top form at the tricky circuit. If there had been a Canadian GP in 2009, who knows how he might have got on in the super-slippery Force India…

There are also quite a few disqualifications, with Juan Pablo Montoya having two – in 2004 for a technical infringement, and in 2005 for running a red light in the pits. This makes him the only driver in Formula 1 history to be disqualified from the same race two years in a row.

Gilles Villeneuve shows that he was certainly one of those drivers who did extremely well at their home race. His first win came at the circuit’s F1 debut in 1978, was a close second in 1979, and even managed to finish fifth in 1980, despite that year’s Ferrari being absolutely awful. And in 1981 he finished third in the rain in a car with a completely busted front wing. Son Jacques never quite managed the same results on home turf, though it wasn’t for the want of trying. 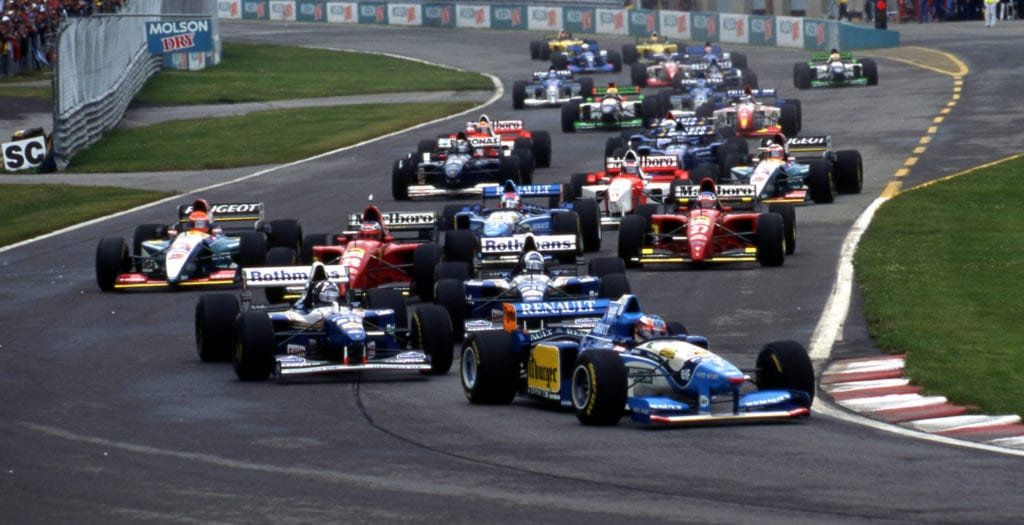