Yuki Tsunoda became the first Japanese driver to score F1 points in nearly ten years in Bahrain, but that wasn’t the best part of the weekend for the rookie. Oh no, Yuki was able to race against his Dad’s favourite driver, Fernando Alonso!

Yuki has had everyone so excited for his F1 debut after a killer F2 season and some pacy laps that show he is the real deal. His incredible lap time in Q1 showed us how quick he was, placing his car in 2nd and being one of Saturday’s highlights.

In the race, Yuki started badly, saying he was a bit too cautious not to get any damage and lost a lot of places as a result. He had to fight through the field and eventually finished in 9th, thanks to a move on Lance Stroll on the race’s final lap!

Tsunoda wasn’t afraid to get involved and learn from his rivals and pick up new driving styles through the race. Really impressive stuff.

“I enjoyed the race week, from the qualifying in Q1 especially,” he told Sky Sports after the race. “Q2, I had a bit of [a struggle] with the medium tyre. I couldn’t feel any grip. I think the race, especially overtaking a lot of cars was really positive, good learning and especially when I passed Fernando.

“Last time I saw him was, I think, 12 or 13 years ago when I was seven or eight-years-old. In Turn 1, I trusted Fernando’s skills, and I just lunged it, like a rookie. I feel a bit sorry, I really lunged it from really quite far away.”

what a brilliant performance by @yukitsunoda07 👊 first race and first points on the board ✌️ pic.twitter.com/S8O2pGIhrI

Born in 2000, Yuki was only nine months old when Fernando Alonso made his debut for Minardi at the Australian Grand Prix in 2001. It turns out Alonso made quite an impression on the Tsunoda household.

“My father is quite a big Fernando fan, especially his driving style. My father likes how he drives, and the first time my Dad saw Fernando at Suzuka, he said [because of] his last corner [and] the acceleration in Suzuka, he is the best driver on the grid.”

“So I was, of course, aiming for Fernando, and I drove with him for a couple of laps, and definitely I learnt from him how he manages the tyres and how he drives every corner. After I passed him, I just tried to copy how he’s driving, and a couple of corners was better for my car as well.

“Hopefully, I don’t have to drive next time with him because I want to be more forward to start. I don’t want to say Fernando is bad, the car situation is different, but the things I learned from him are really big for the future.”

He was definitely able to show off the true pace of the AlphaTauri this weekend which deserves a higher placed finish than 9th, and he is looking brilliant with only one race done.

There is certainly more to come from Yuki. 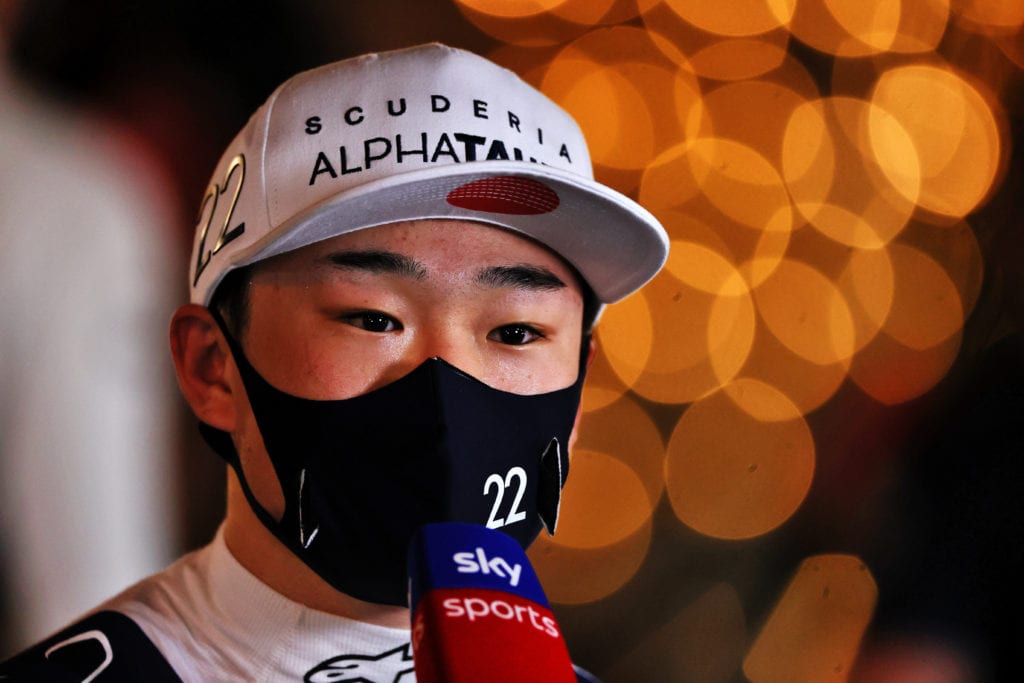