Tsunoda Speaks Out After His Third Qualifying Crash Of The Season So Far – WTF1
Skip to content
×
Crash , Formula 1 , News
1 comment

Yuki Tsunoda’s crash in Q1 today was his third qualifying crash in the seven races he’s had in F1 and means he once again has to start from the back of the grid. Each one of his crashes has resulted in a red flag too.

We went into this weekend thinking no one could hit the walls at Paul Ricard, surely not? However, Yuki spun and went backwards into the wall on the first corner of his first flying lap.

As this looks to be the lightest of his qualifying crashes, there is hope it won’t be too damaging, but there will still be more work back in the garage for the team.

Tsunoda took the corner so sharply over the kerb, it unsettled the car when he accelerated, and it pulled the car around.

“I hit the inside yellow kerb too much at Turn 1,” Yuki explained to F1 after ending his qualifying session very prematurely.

“I didn’t expect [the turn in] to be that sharp. But yeah, still my mistake. When I applied the throttle, I think the rear tyre was still on the yellow kerb, and I spun out. I tried to brake as hard as I could to avoid damage and not smash the barrier.

“It was like ice skating when I was going backwards. The impact was quite low, the gearbox is not damaged, but we have to see.”

A collision with the back of the car is what normally destroys a gearbox, but Yuki went in so slowly that he might be able to keep what he has in the car. But he wasn’t able to get going.

“The impact was quite low, so I thought I could manage to get out from there, but the gear was not working somehow, so I had to check.”

There would be no harm for AlphaTauri to take a 5-place grid penalty for a gearbox change because Yuki would be 20th on the grid anyway, so he won’t go any further back.

“I’m gonna start from the back, and also, it’s quite hard to overtake.

“I have to do every lap as hard as I can and hope the situation can be a bit different or special but push hard as I said.”

Yuki has experience coming from the back at Paul Ricard. In F3, he qualified 27th but finished the race in 7th (with a few accidents).

Let’s hope for a proper storming drive from Yuki 🤞 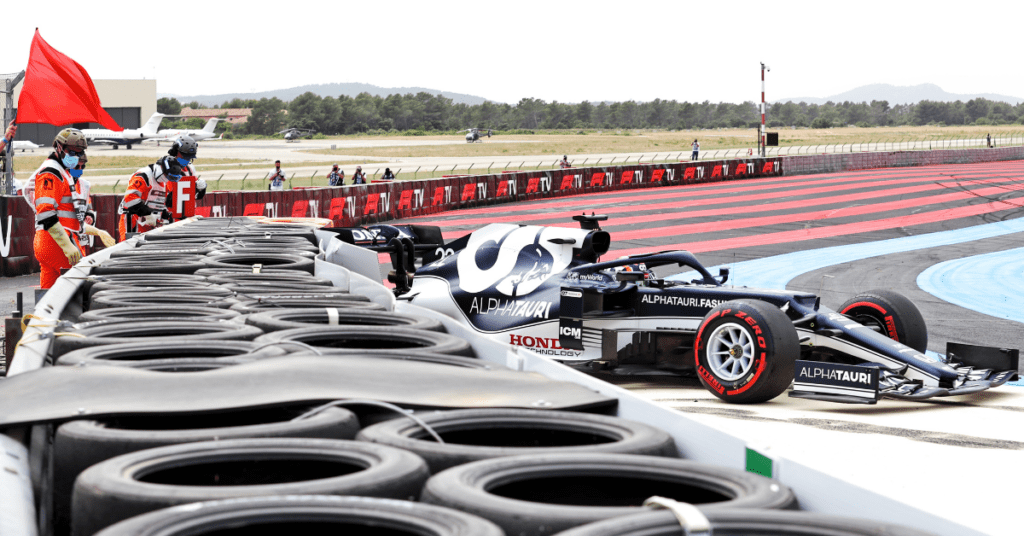