Crashing into another car during the final moments of qualifying is definitely peak GP2, which therefore means it is now peak F2.

Nabil Jeffri was on a hot lap in the closing stages of F2 qualifying in Bahrain when he came across the slower Gustav Malja.

He went for the inside line, which is the natural racing line, but weirdly Malja’s Racing Engineering moved across on him.

With both seemingly going for the same piece of track and Jeffri already alongside, it ended in tears with a clumsy and awkward clash.

The two cars were forced to stop on track, bringing out a virtual safety car and ruining everyone else’s hot laps. A weird way to end qualifying…

But, this is F2, formerly known as GP2, so can we really be too surprised? 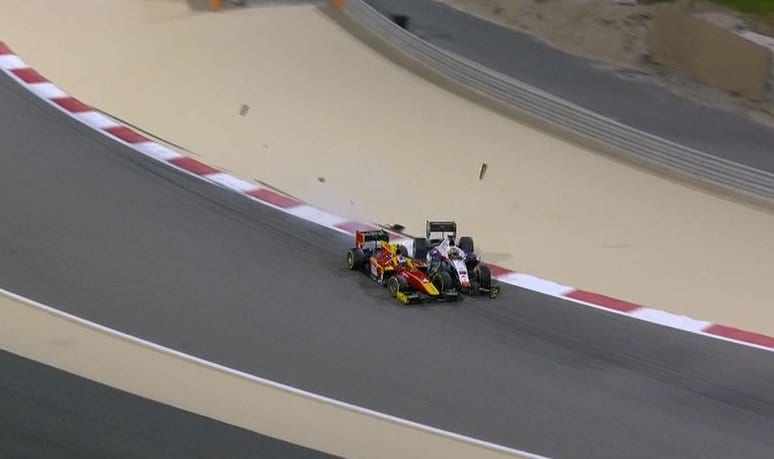