Don’t you just hate it when you meet up with your mates, only to discover that two of you are dressed pretty much exactly the same? Well that’s what happened to two Formula E teams when they rocked up for the pre-season test at Valencia this week.

The NIO Formula E team unveiled its car first, and it looks pretty good – the blue and turquoise combination definitely has more than a hint of early-2000s Sauber about it.

Now we’ve seen teams come up with similar liveries plenty of times across all motorsport throughout the years, but these are so similar that unless you really know your stuff, telling them apart is going to be seriously difficult, which isn’t exactly great for fans.

Understandably both Nio and Andretti recognise the problem, and it’s understood two are going to have a conversation about it.

Confirmed that NIO and MS&AD Andretti are in talks with one another about the similarity in liveries – expect one to change. #FETesting pic.twitter.com/z4Ob9qxP2E

For all sorts of reasons it’s not easy for a team to just change its livery, but with the new season not beginning until 2 December, at least they’ll have some time to sort something out. 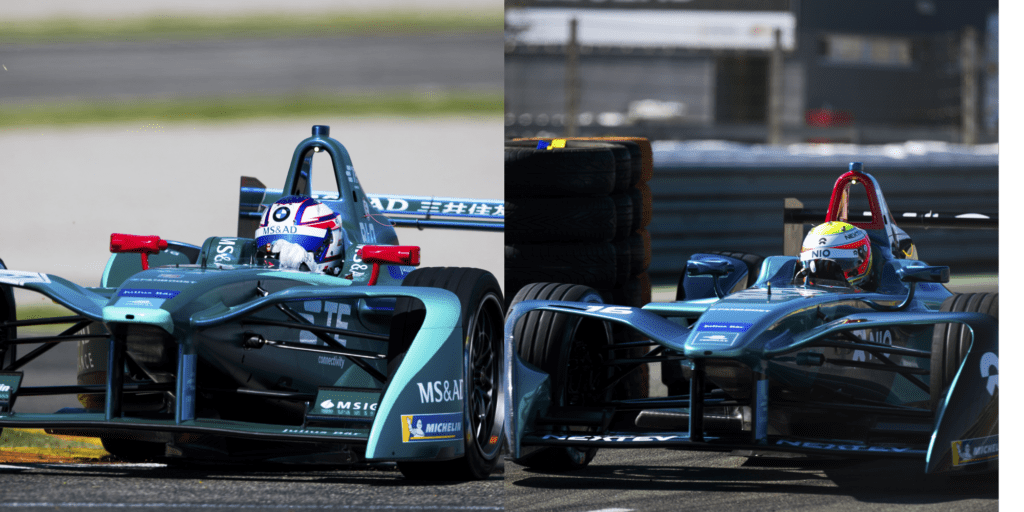