Unstoppable Hamilton Dominates The Final Race Of The Season With His Sixth Grand Chelem – WTF1
Skip to content
×
Formula 1 , News

The moment Hamilton kept his lead into the first corner, it seemed very unlikely that anyone was ever going to beat him. Charles Leclerc used the straight-line speed of the Ferrari to get past Max Verstappen on the opening lap, but Verstappen got his revenge later in the race and, despite some minor issues with his power unit, was able to come home a comfortable second.

Leclerc just held onto third from Valtteri Bottas, who brilliantly charged through from the back of the grid. Bottas might even have had a podium but for a technical issue with the DRS which affected the entire grid and prevented the Finn from making progress through the midfield as quickly as he might have liked.

However, that third-place finish might still be on as Ferrari is under investigation for a fuelling issue on Leclerc’s car. If found to have breached the rules, it’s likely that Leclerc will be disqualified.

The midfield was packed with action as McLaren and Renault fought it out in the early stages. However, Sergio Perez and Daniil Kvyat behind them were able to run much longer opening stints which gave them a pace advantage in the closing laps and the pair scythed through, with Perez eventually clinching a brilliant seventh on the final lap ahead of Lando Norris.

Nico Hulkenberg was on course for a point in his final race but Carlos Sainz, on a charge of his own after making a late second stop, was able to deny him on the final lap – enough to clinch the Spaniard sixth in the championship ahead of Pierre Gasly (who dropped to the back after a first-lap incident) and Alex Albon.

Confirmation of Lewis Hamilton's victory, ahead of Max Verstappen and Charles Leclerc

Valtteri Bottas finished in P4 after starting from the back of the grid#AbuDhabi2019 🇦🇪 #F1 pic.twitter.com/Ifg7yAiL2R

So, that’s 2019 done and dusted. It’s a shame the final race wasn’t as exciting as some of the others we’ve had this season but beating Hamilton and Mercedes at Yas Marina was always going to be a tough ask. And at least the midfield battles were entertaining.

Now we head into the winter break – but before you groan, just think, it’s not going to seem that long. It’s already December and once the Christmas period is over and done with, it’ll only be a few weeks until we start looking towards car launches and testing. We’ll be back on the grid in Australia before you know it! 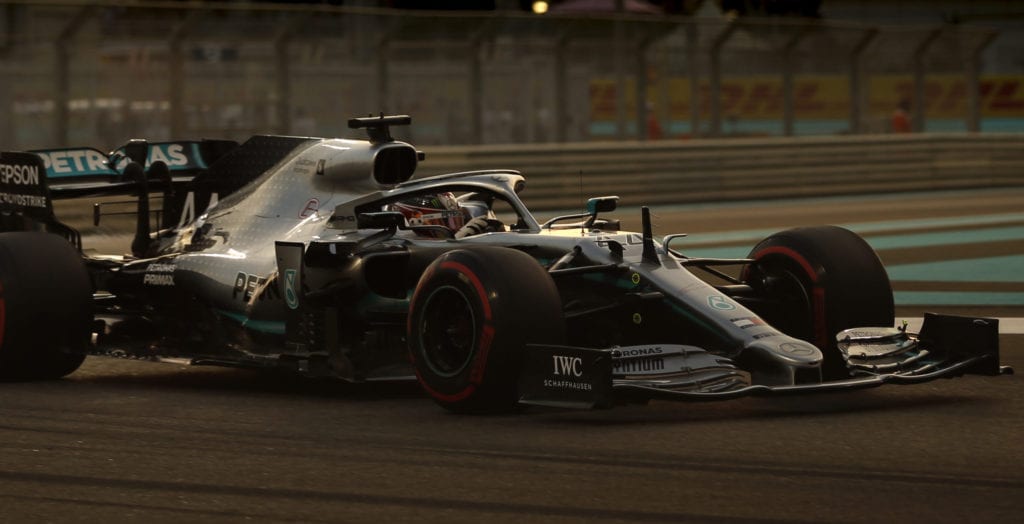