Untouchable Leclerc Has Done It Again In Qualifying

His superb form on a Saturday has coincided brilliantly with Ferrari’s upswing in all-round pace, but what’s impressive isn’t just the fact he keeps taking poles, but the margins by which he’s achieving them: seven-tenths at Spa, half-a-tenth in the madness of Monza, two-tenths in Singapore and then more than four-tenths in Sochi this weekend. But even those numbers make it look closer than it is – over the last four qualifying sessions, he’s never really looked like being beaten.

In something of a repeat of last weekend, Lewis Hamilton scraped his way onto the front row ahead of Sebastian Vettel, with Max Verstappen wringing everything from his Red Bull to go fourth – though with his grid penalty, he’ll start from ninth. On a track where he’s always been mega, Valtteri Bottas made a mistake on his final run which meant he’s been outqualified by a teammate at Sochi for the first time in his F1 career.

Carlos Sainz took best-of-the-rest honours ahead of Nico Hulkenberg, Lando Norris, and Romain Grosjean, who made it into Q3 with a stonking lap.

Two of the most disappointed drivers out there will be Kimi Raikkonen, who was outqualified by his teammate again and dropped out in Q1, and Alex Albon, who crashed out at the tricky Turn 13 and will start near the back.

Despite Leclerc’s mega pole lap, Hamilton and Vettel probably won’t be too disheartened. The run down to Turn 2 at Sochi is absolutely massive and, with the effectiveness of the slipstream this year, a good start for Charles could see him being swarmed down into the braking zone.

When they get there, he should have the advantage over Hamilton – Mercedes has gambled on starting on mediums rather than softs – but if Vettel has a chance to send it and get one over on his teammate in the race for the second consecutive Sunday? Given Leclerc’s speed, he might see it as his only chance. 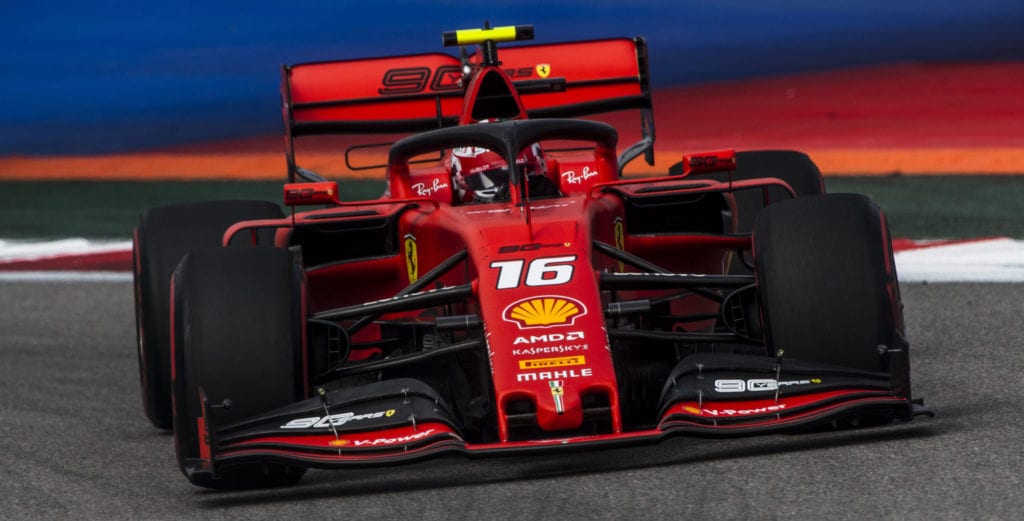