Most MotoGP riders start to think about moving onto other series or even retiring by the time they reach their early-to-mid 30s, but Valentino Rossi isn’t most MotoGP riders. He’s just signed a two-year contract extension with Yamaha which will take him through to the end of the 2020 season, by which time he’ll be 41-years-old. He said:

“When I signed my last contract with Yamaha, in March 2016, I wondered if that would have been the last contract as a MotoGP rider. At that time, I decided that I’d take that decision during the following two years. During the last two years I came to the conclusion that I want to continue because racing, being a MotoGP rider, but especially riding my M1, is the thing that makes me feel good.

“I want to thank Yamaha for their trust in me, because the challenge is difficult: being competitive until I’m 40 years old! I know it’s going to be difficult and it requires a lot of effort from my side and a lot of training but I’m ready, I am not lacking in motivation, that’s why I’m signing for two more years. “

Rossi’s career already makes him one of the greatest motorcycle riders of all-time but clearly he still wants to achieve more. Should he somehow go on to win an eighth premier-class title at some point over the next three seasons he’d draw level with Giacomo Agostini’s record; Rossi already holds the records for most wins, most podiums, and the most race starts.

If he wants to win more races and more titles though he’ll have his work cut out, given how full of legends the grid is at the moment. Love him or hate him, you can’t deny that a couple more years of someone as massive as Valentino is a good thing for the sport – especially if he ends up in a title fight with Marc Marquez again.

Given that his age hasn’t stopped him from fighting for wins and championships over the last few years, you’d imagine he’ll continue to fight up at the sharp end right until the end of 2020. And, if he’s still loving it, maybe even longer than that… 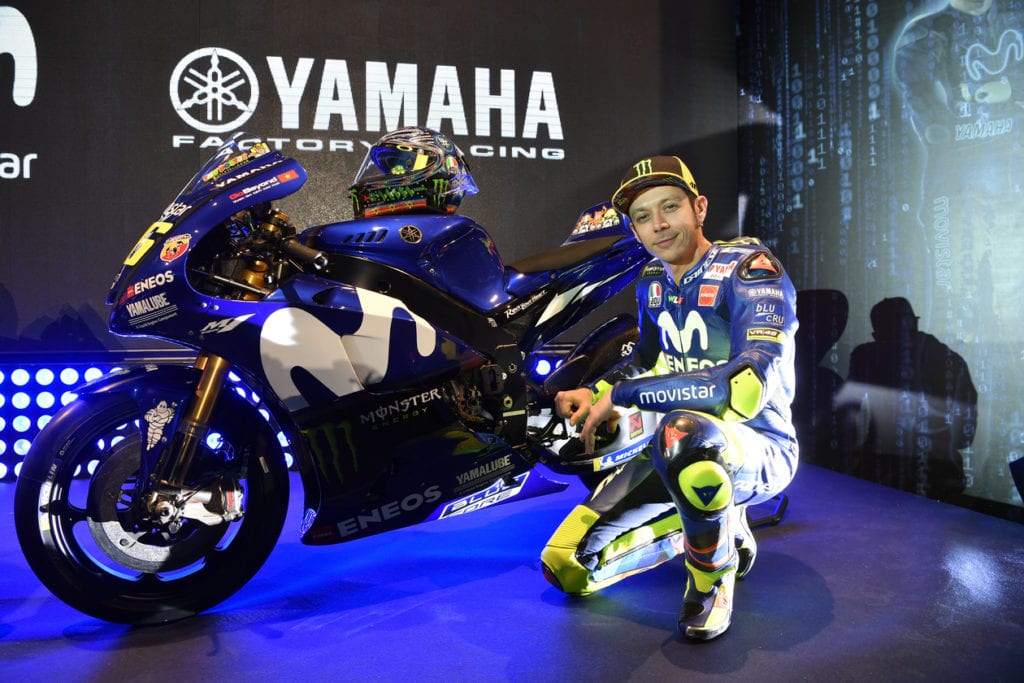