Valentino Rossi Is Retiring From MotoGP At The End Of The 2021 Season – WTF1
Skip to content
×
MotoGP , News

Valentino Rossi, undoubtedly one of the best motorbike riders ever, has announced he’s leaving MotoGP at the end of this season.

The Doctor, as he’s known, has been riding in the premier class of motorbike racing since the year 2000 and has won everything there is. He’s got nine titles, seven in the top class, 115 wins, 235 podiums and has started 414 races. From 1997-2010, he never finished lower than third in the standings in whatever he was racing. He’s a true legend of the sport, not just bike racing.

Today, in an “exceptional” press conference hosted by the sport itself, Vale announced that he was going to see out the rest of the season with his Petronas Yamaha squad and then call it quits.

It’s official: Valentino Rossi will retire at the end of the 2021 MotoGP season pic.twitter.com/46gffasrfk

He said in the press conference: “I decided to stop at the end of the season so, unfortunately, this will be the last full season I’ll have as a MotoGP rider. It’s difficult. It’s a very sad moment because it’s difficult to know that next year that I will not race with motorcycles.

“I do this for more or less 30 years, so next year my life will change. But anyway, it was great. I enjoyed it very much. It was a long journey – really, really fun- 25/26 years in the world championship is great.”

He’s not stepping away from racing altogether. He’s still going to be involved in MotoGP next year with his very own MotoGP team, the VR46 Ducati team. He’s also expected to race a Ferrari in the World Endurance Championship in 2022.

The Doctor will call time on his legendary career at the end of the season 🥺#VR46Decision | 📰https://t.co/yqL8DlULv7

Vale has had so many legendary moments in the past 20 years at the top of bike racing. Rossi won his first-ever top-class title with a fierce move on the final lap on rival Max Biaggi, and that’s just one of the huge rivalries he’s had while he’s been racing. Fights with other greats like Casey Stoner, Jorge Lorenzo and Marc Marquez are already MotoGP legend-status.

Rossi didn’t just turn heads in MotoGP. He very nearly came to F1. Being an Italian legend, he had a very close relationship with Ferrari and drove with them in an official F1 test. He was only half a second off Michael Schumacher by the end of the two days. There were some pretty serious discussions about Rossi becoming a Ferrari F1 driver. No, seriously!

They even came up with a career plan for him that saw him start at a lower team and eventually move to the Scuderia, but Rossi turned it down.

MotoGP will be strange without the madness of Rossi. We’re sad to see him go. He’s had one hell of a career! 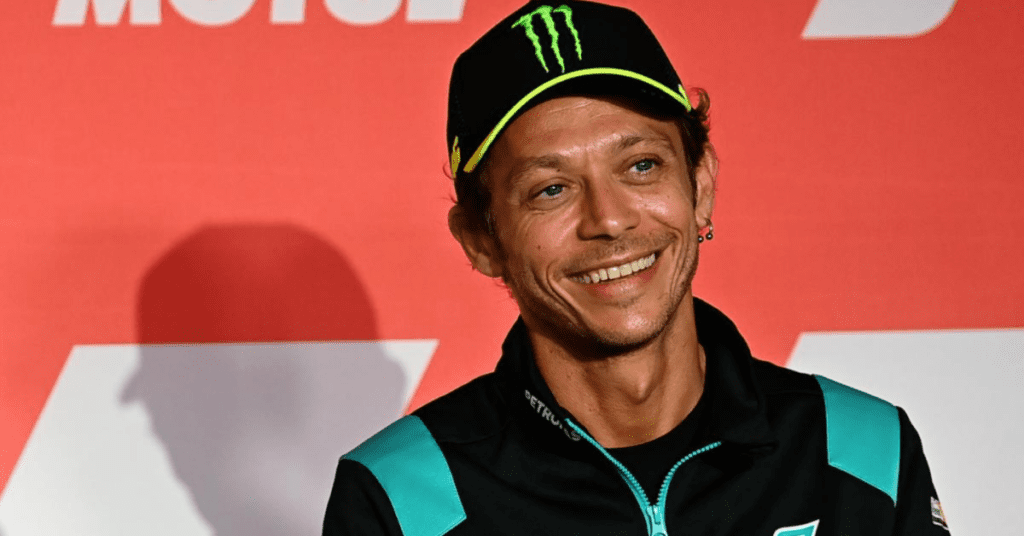