Despite being one of the greatest motorcycle racers of all time who holds a whole host of records (well, at least until Marc Marquez breaks them all), Rossi has always had more than a passing interesting in racing cars. He was consistently linked to an F1 drive with Ferrari in the late 2000s after a number of tests and he’s entered rounds of the WRC but, after opting to focus more on his riding, the last major race he competed in was driving a Ferrari in the 2012 Blancpain Endurance Series.

However, this weekend he marked his four-wheeled return when he entered the Gulf 12 Hours in Abu Dhabi, driving a Ferrari 488 GT3 for Kessel Racing alongside his best mate, Uccio Salucci, and his brother-in-law and Moto2 rider, Luca Marini.

After qualifying seventh, the trio made their way up the order to be running fourth overall and second in the Pro-Am category as the race entered its final stages. However, the class-leading Audi (which was running third) was penalised for a pit stop infringement, promoting Rossi and Co. to the overall podium and the win in Pro-Am. Not a bad effort at all for a couple of motorcycle racers!

It also makes it a pretty special couple of weeks for the Italian as the weekend before, he was involved in a ride swap with Lewis Hamilton, where the six-time champion got to try out the Yamaha MotoGP bike and Rossi had a go in the 2017 Mercedes W08.

Incredibly, at 40 years old, Rossi is still going reasonably strongly in MotoGP. However, 2020 is the final year of his contract with Yamaha and you’d have to imagine it could end up being his last season in the sport. Based on this performance though, it seems like a good bet he’ll finally make that permanent switch to cars. He’s already said that he wants to compete in major endurance races – could we be seeing Rossi at the 24 Hours of Le Mans in the not too distant future? 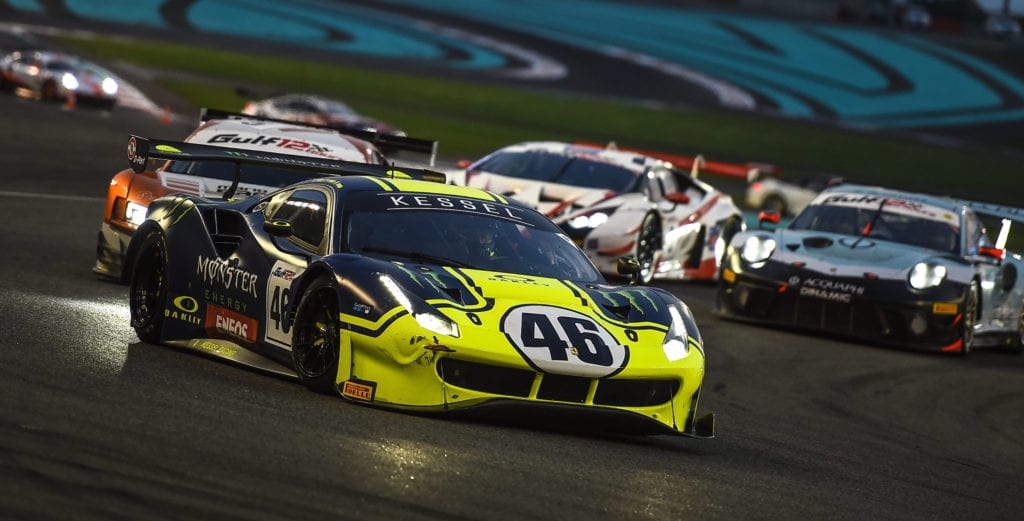