Valtteri Bottas had a completely dire performance during the Azerbaijan Grand Prix. While his teammate Lewis Hamilton was fighting for the podium places with the Red Bull cars, Bottas struggled to keep up with the midfield cars and finished outside the points.

A lot has been made about Mercedes issues this weekend.

They were in a bad place on Friday, with Hamilton in 11th in FP2 and Bottas, 16th. Lewis was able to cope with the issues a lot better than Valtteri, and he ended up qualifying in second. However, Bottas was down in 10th.

Mercedes were aiming for a top-five finish for Bottas in the race, but he made up no ground at the start and was struggling to overtake Lando Norris for ninth place. The gaps to cars ahead were getting bigger, and Mercedes was getting impatient, telling him that he had to get past, but he was dropping further back.

He was a midfield driver today in a car that was fighting for the win.

Was about to tweet that Bottas is having one of his worst days of his @F1 career. But Pirelli just took the prize 🤦🏼‍♂️ #F1 #BakuGP

But an even lower point was to come for Bottas, who probably didn’t think that was possible considering where he was.

At the safety car restart midway through the race, Bottas was simply unable to stick with the cars around him. He was passed by four cars in the first eight corners because he just couldn’t get any heat in the tyres.

By contrast, Lewis was fighting Sergio Perez for second place at the front of the field and was on the attack. There was no similar spirit from Bottas.

At Turn 2, Sainz went round his outside and just drove away, then later down the back straight into Turn 3, Daniel Ricciardo just outbraked him and went round the outside again.

Then Fernando Alonso in the Alpine cleanly got alongside and was ahead by Turn 5. To make it even worse, Kimi Raikkonen in the Alfa Romeo then followed him through and went straight up the inside just before the castle section began.

“The safety car restart, I was like a sitting duck,” Bottas told SkySportsF1 afterwards.

“Cars going both sides past me, and there was nothing we could do. I think the tyre warmup is one big thing, especially on the front axle. Other than that, even when the tyres were operating well after ten laps or something, still not fast enough, and it’s been the same feeling all weekend.”

Bottas couldn’t come back through. He stayed behind the Alfa Romeos until the end. The only drivers he was ahead of were the Haas cars, Williams cars and his teammate, who went straight on after taking the lead at the standing start after the red flag.

It’s a big difference to the last Azerbaijan GP, which he won from pole. 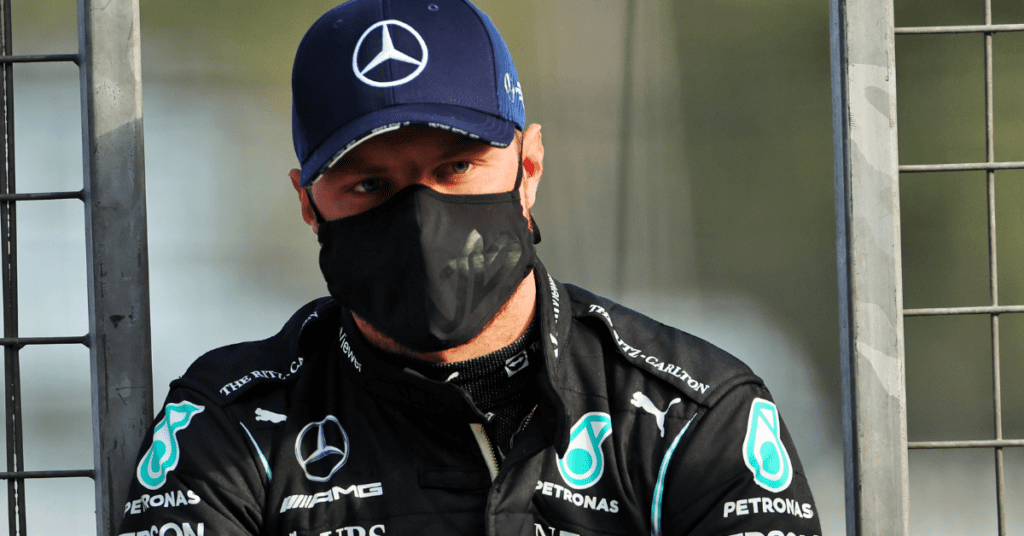