Valtteri Bottas Has Been Given A Three-Place Penalty For His Pit Lane Spin – WTF1
Skip to content
×
Formula 1 , Penalties , WTF
1 comment

Valtteri Bottas had a bit of a weird one in practice this afternoon in Austria when he left his pit box and ended up facing the McLaren garage after immediately spinning in the pit lane. That’s right, he spun in the dry pit lane! The FIA were not happy.

Whilst lighting up his rears to accelerate, the car just went on the low grip painted advertising and Bottas was sideways across the narrow road. He did quite well to avoid team members in the garages and the walls alongside him.

It wasn’t Bottas’ finest hour and McLaren were not happy at all. They got on the radio to Michael Masi and the FIA saying: “Michael that’s absolutely ridiculous, he could have taken our guys out there, and the pit wall!”

The mistake was not viewed at all well by the FIA and Bottas now has a three-place grid penalty for the race on Sunday. The official reason is “dangerous driving in the pitlane” which actually seems pretty fair. He also has two points on his licence.

Bottas has spun while leaving his pitbox 😮 It will be investigated after the session. #StyrianGP pic.twitter.com/v8nvsVte2K

All drivers try to spin their wheels a bit in their pit boxes so they can have more grip when they pit in the race. Bottas did the same but whilst doing it, he clearly went a bit too hard and just dropped it right in front of a very perplexed McLaren team! Yikes!

Bottas told the stewards afterwards that they had tried to launch in second gear for a better getaway and to avoid wheelspin, which is what Max Verstappen did at the Emilia Romagna GP in the wet earlier this year, but it did the opposite and Bottas then spun.

He ended FP2 in P12 with Max Verstappen, Daniel Ricciardo and Esteban Ocon the top three. 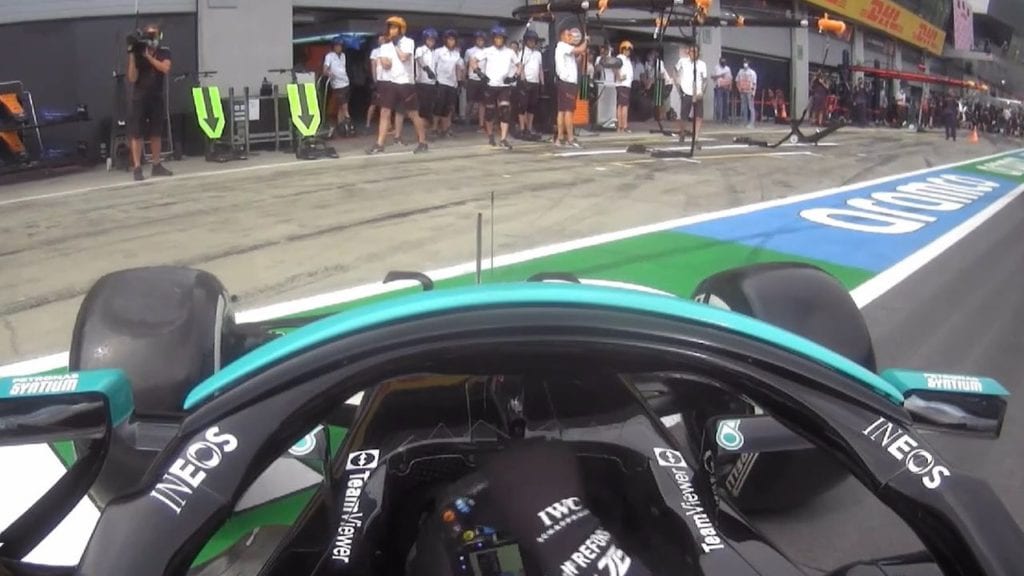