After a year spent largely out of a racing seat, Giedo van der Garde will return to motorsport action in the WEC for the 2018-19 super season. He’ll drive for Racing Team Nederland alongside team owner Frits van Eerd, with a third driver to be named at a later date. Last year the team competed in the European Le Mans Series with ex-F1 driver Jan Lammers driving, and at Le Mans itself Rubens Barrichello was drafted in. Could one of those guys complete the line-up this season?

It also adds a bit of much-needed variety to the LMP2 class as Racing Team Nederland will be running a Dallara P217, which so far makes it the only team not to be using an Oreca chassis. Also, the team logo is a tribute the old Minardi logo, which is too awesome.

Guess who’s back… Thanks @RacingTeamNL for let me joining you in @FIAWEC Super Season, including the @24hoursoflemans. Can’t wait to start! Let’s race!!! #Grateful @JumboSupermarkt pic.twitter.com/blJyLwkQO0

Giedo himself knows a thing or two about endurance racing, having won the ELMS championship in 2016. Perhaps being one of the drivers to miss out after Sauber signed four drivers to drive for the team in 2015 gave him the ‘seat-sharing’ experience necessary to do well in sportscars.

He said of the chance:

“I am very happy that Racing Team Netherland and Frits have given me this great opportunity. The ambitions of the team appeal to me enormously and I would like to be part of it. The World Championship is super competitive and the 24 Hours of Le Mans is one of the most beautiful races in the world. It will be very special to be at the start again.”

We can’t wait to see how he gets on, just as long as it doesn’t stop him from being hilarious on the internet, anyway! 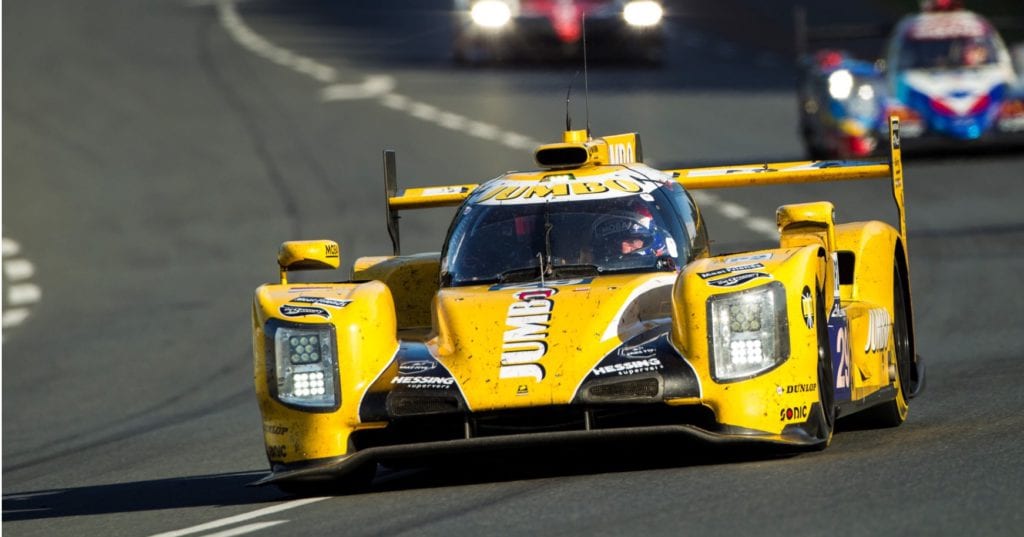