Vandoorne Claims His Race Was Ruined Because McLaren Favoured Alonso

In the early stages of the race, Stoffel Vandoorne was doing a decent job for McLaren and trailing Nico Hulkenberg (who eventually finished eighth) but as it was, he ended up a distant 14th and a lap down.

When Fernando Alonso pitted he came out just ahead of his teammate, who in turn was just ahead of Verstappen. It worked out well for Fernando (until he retired, anyway), but Vandoorne believes his own strategy was compromised in order to help his teammate. When asked about it after the race, he told ESPN:

“I felt that way definitely. I think we should have pitted five laps earlier. Fernando came just ahead and we just pitted that lap when the damage was done already. Disappointing. We were on the same strategy as Nico and we should have finished right behind or even in front of him. We lost a lot of time at the pit stop [with a pit light delay] and lost a lot of track position. We had some pace in the end on the supersoft tyres. That pace was good but Monaco is Monaco. We know overtaking is so hard around here.”

Vandoorne has a tough job in being measured against Alonso and this is the first time he’s had his back against the wall when being questioned on inter-team strategy. It’s not like Stoffel to kick up a fuss, but his results haven’t been great this year and his place at the team next season isn’t looking certain. Is this the first sign he’s starting to feel the pressure?

The benefit of hindsight with Alonso’s retirement does make Vandoorne’s argument relevant, but would he have finished in the points? There was a really tense moment in the race as Carlos Sainz on the alternate strategy led Hulkenberg on fresh rubber. He was being held up by his teammate as Max Verstappen caught the German and kept his front wing pinned to Hulk’s gearbox. A clever bit of strategy paid off for Renault, with Sainz letting Hulkenberg through on the climb after Ste. Devote, which he managed to do without giving the chasing Verstappen a sniff.

This is where Vandoorne’s claim for potential points falls a bit short. He had been trailing Hulkenberg earlier on, but once Hulk had been released by his teammate, it’s unlikely Vandoorne would have been able to find a way past Sainz had he been on a strategy that didn’t prioritise Alonso.

A sense of ‘what might have been’ for Vandoorne to ponder over, the Belgian must now look to the upcoming Canadian Grand Prix as an opportunity for not only points but also getting a bit closer to Alonso. 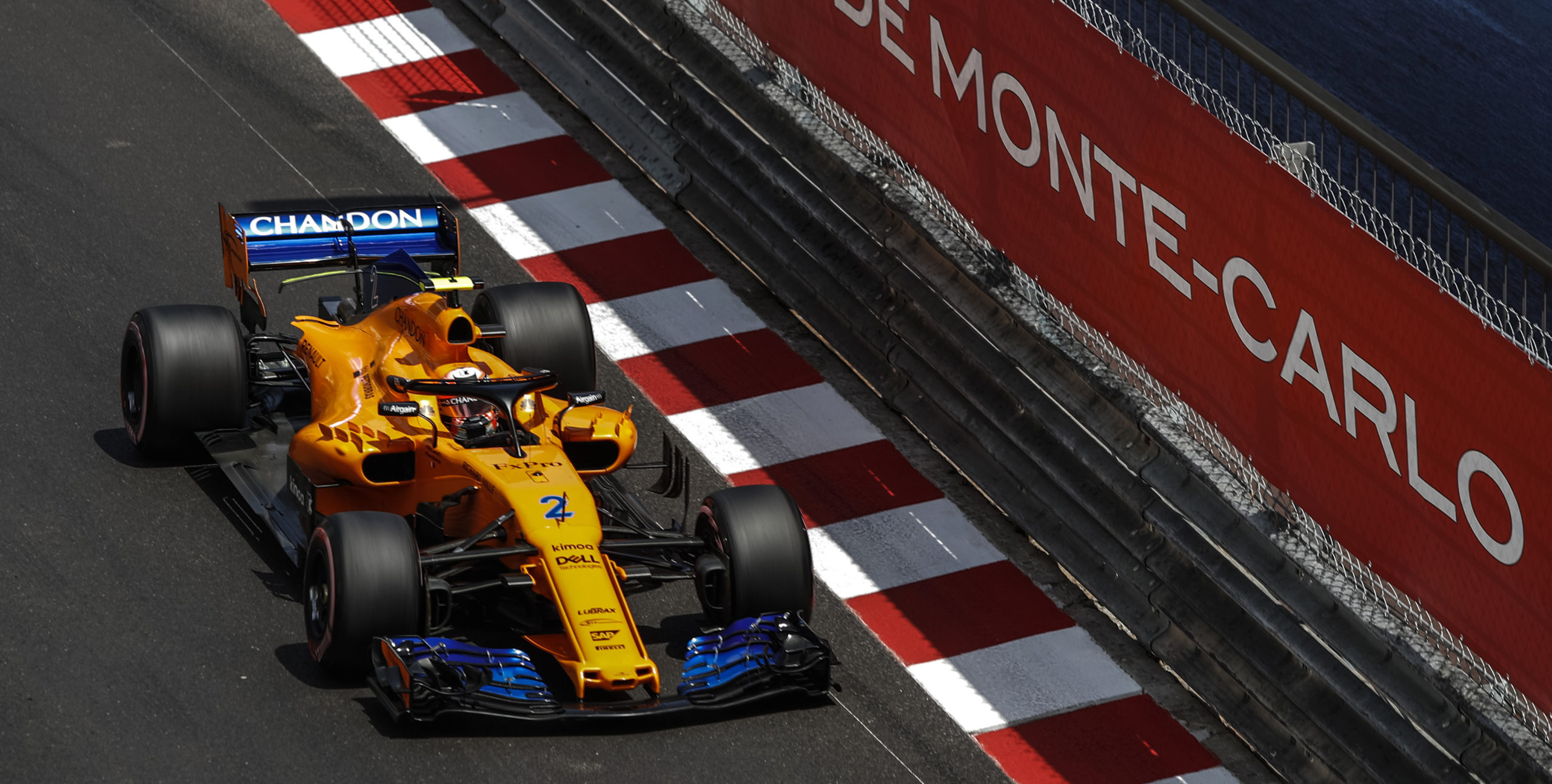