The news of Fernando Alonso missing the Monaco Grand Prix to compete in the equally famous Indianapolis 500 shook the F1 world.

It created a huge buzz around both F1 and IndyCar, and came as a complete surprise (the initial idea of him racing the Indy 500 actually started as a joke, but has now turned into reality).

Well, Alonso’s team-mate Vandoorne tried to capitalise on the story by joking about missing the Hungarian GP to race at the 24 Hours of Spa.

He was responding to a question asking if the drivers in the FIA press conference would be up for trying other forms of racing and iconic events.

It was nice of Vandoorne to try and lighten up the dull press conferences, but the way he said it and the tone of his voice sounded completely normal and genuine.

So, it ended with a long period of awkward silence. The joke, basically, bombed in front of TV cameras and journalists.

To be fair, the fact no one responded or said anything immediately after didn’t help…

A few news outlets such as the Daily Express even picked it up and ran it as a story before realising what had happened (thanks to a Twitter shoutout from McLaren).

We’ve seen some drivers try and cheer up the boring press conferences before and with moderate success – people like Sebastian Vettel and Jenson Button have spiced things up with light-hearted humour, but they’ve made it obvious.

It’s good to see F1 drivers trying to bring the laugher to press conferences but maybe they’re too serious a place to do so. 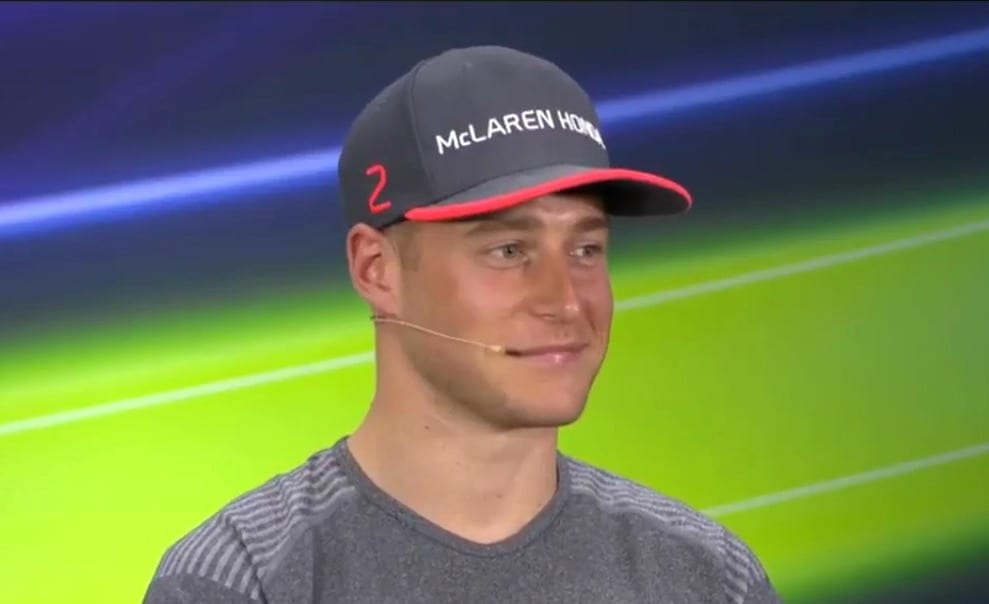