Vergne Wraps Up The Formula E Championship With A Race To Spare – WTF1
Skip to content
×
Formula E , News

For the first time in Formula E’s short history, the title fight didn’t go down to the final race. The battle between Bird and Vergne was nicely poised after qualifying – Bird could only qualify 14th, whilst Vergne was left at the back after both Techeetah cars were excluded from the session.

That left both with the task of having to fight through the field and whilst Bird got up to ninth, Vergne rose all the way to fifth to just give him the points he needed for the title. A late safety car closed the pack up and gave Bird the opportunity to gain some more positions, but the DS Virgin’s lack of straight-line speed (a problem the team has suffered from all year) meant he struggled to move forward.

It took a while for Vergne to realise he’d won it, but when he did he made the fantastic gesture of dedicating his championship to his countryman, the late Jules Bianchi.

Up at the front it was an Audi one-two – albeit not without some controversy. Daniel Abt led the first half of the race before teammate Lucas di Grassi put a tough pass on him to move into first. An unhappy Abt made an attempt to retake the lead a couple of laps later but, with the teams’ championship to think of, Audi ordered the pair to hold station until the end.

Pole-sitter Sebastien Buemi rounded out the podium ahead of Venturi stand-in Tom Dillman, who took a superb fourth.

Although the drivers’ championship is done and dusted, it’s still all to play for in the teams’ championship. Audi’s perfect result brings the team to within five points of Techeetah, who did well to recover to a double points finish (Andre Lotterer finished seventh) to keep things nicely poised heading into the final race. 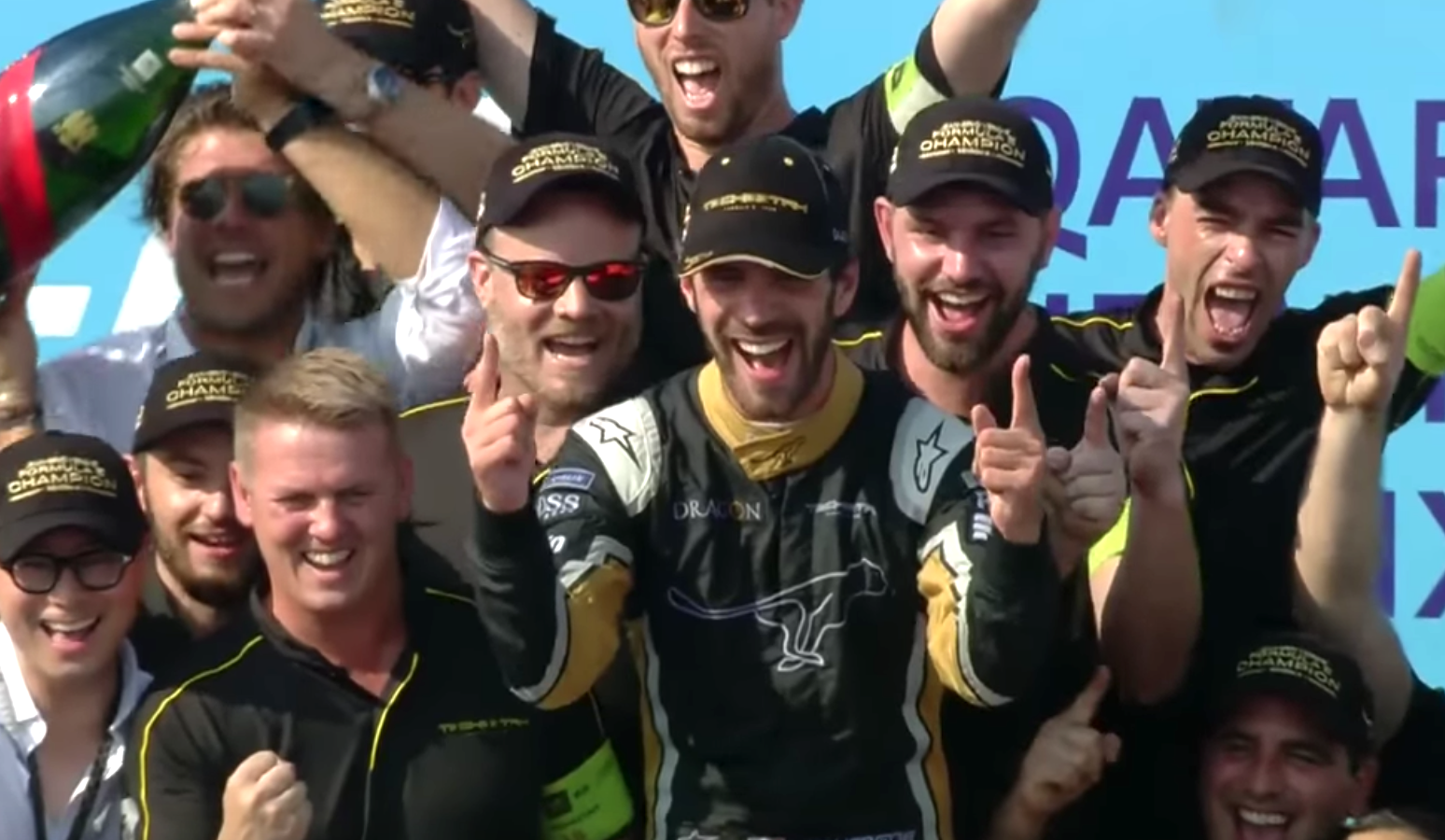