Questions in press conferences are usually a fairly standard affair, with the odd bit of off-topic banter occasionally sneaking into proceedings.

Now, asking Charles Leclerc for his thoughts on what’s been his worst race so far this seasons seems like a fairly normal question. However, this particular question came from Walter Koster – a man with a bit of history when it comes to asking wordy questions in F1 press conferences. Here’s his fantastic request – which took well over a minute to explain.

“Charles, before I start my question, I have to remind you of high praises – no doubt you have had more good races than bad ones, but if we stick to the less good races with bad luck and mishaps, such as Baku, where the Ferrari hit the barriers, in Bahrain where you lost the lead due to an engine problem, in Austria where you were caught by Max and Monaco, your first home race, was very disappointing with last place and probably the low point, [Leclerc interrupts: “I’ve lost it!”] in Hockenheim, it was a mistake of the driver and last in Brazil, the finish after a hard battle with your teammate. Now, my question to the pop star of Formula 1: what was your best race among your worst races? Can you give us, please, a ranking regarding your five not so good races, starting with the worst? I’m a polite person or man, please excuse this question, but I still hope for an answer.”

Verstappen and Leclerc giggled their way through the whole thing. Kevin Magnussen remained a lot more composed throughout, but eventually caved in and cracked a smile once the question was finally over. Their responses were just as good.

MV: Wow!
CL: That was a long question, congratulations! Kevin, you can start.
KM: I’m in a trance.
MV: Well [Charles] you are the pop star, so first of all, can you sing?
CL: Yeah, I can sing. I won’t sing now, but I can sing. I don’t know…

Unsurprisingly, there was then a bit of confusion over what had actually been asked.

MV: I lost you after a few sentences.
KM: You have to rank your five worst races.
CL: Worst races? Five worst? OK, that was a simple question. So…

Koster: What was the best race among the worst?

MV: Are we going to make it more complicated? Like, this year or in his career?
CL: My worst race this year was probably Brazil, second one Monaco, third one… Third one? That’s two. That’s good. No?
KM: He’s had a good question.
CL: That was a question only for me? OK, thank you!

Koster: Unless, Max, you’d like to offer your worst of the season, or Kevin?

Of course, Koster achieved notoriety at the same race five years ago when he asked the drivers perhaps the most famous press conference question of all time, creating one of F1’s most enduring memes:

“Gentlemen, a short view back to the past. 30 years ago, Niki Lauda told us ‘take a monkey, place him into the cockpit and he is able to drive the car.’ 30 years later, Sebastian told us ‘I had to start my car like a computer, it’s very complicated.’ And Nico Rosberg said that during the race – I don’t remember what race – he pressed the wrong button on the wheel. Question for you both: is Formula 1 driving today too complicated with 20 and more buttons on the wheel, are you too much under effort, under pressure? What are your wishes for the future concerning the technical programme during the race? Less buttons, more? Or less and more communication with your engineers?”

A classic. But the question is this: was his 2019 question even better? You decide! 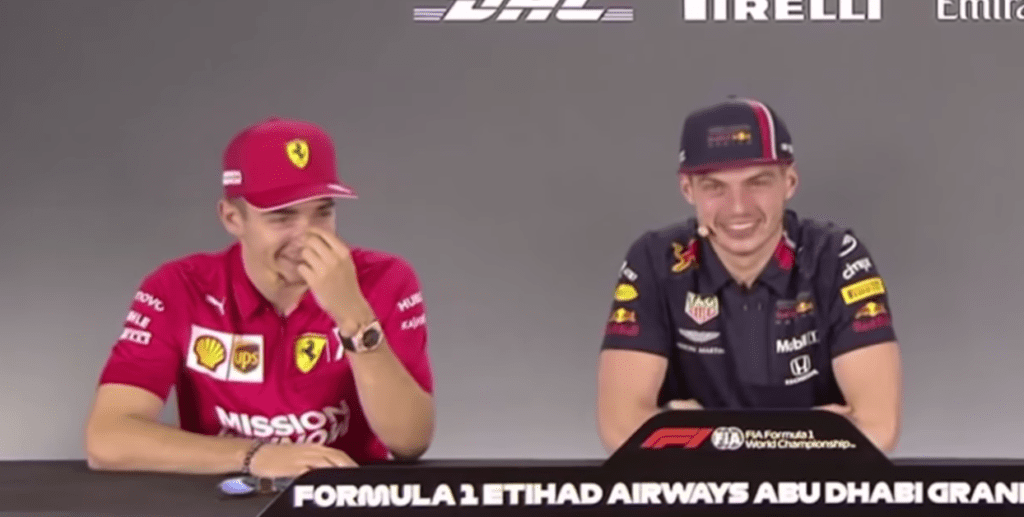