Starting fourth on the grid – and most crucially, on the hard tyres having used them to get through Q2 in qualifying – Verstappen immediately passed Nico Hulkenberg for third and then sat behind the Mercedes in the early stages. As Valtteri Bottas led Lewis Hamilton, before long the medium tyres on the Mercedes started to lose pace and Verstappen edged closer. Despite Red Bull’s desire for him to keep his tyres easy, Max continued to push and took over the lead once the Mercs pitted.

However, when Bottas and Hamilton switched to the hard tyres, both cars were suffered blistering rears early on and couldn’t catch up to Verstappen on old hards to the point where he was able to pull out enough of a gap to retain the lead after his first stop.

Aware that the mediums probably wouldn’t last very long, Verstappen pushed hard for a short middle stint before pitting again for hards, with Bottas following him in for his second stop.

However, there was another potential twist in the strategy game as Hamilton elected to stay out for another 10 laps before pitting and there was some uncertainty whether he’d stop again or try and eke out a one-stop strategy. However, when Verstappen picked up his pace and took seconds out of Hamilton’s lead, Mercedes decided to pit for a second time. Although Hamilton came out fourth, fresh tyres were enough of an advantage for him to rather easily make his way back up to second. Verstappen was long gone, though, and he and Red Bull crossed the line for a reasonably comfortable win – and a thoroughly brilliant one at that.

Of equal brilliance was Charles Leclerc. He did manage to make a one-stop strategy work and was kind enough to his tyres to finish a quite superb fourth. Nico Hulkenberg was unfortunate – having run fourth or fifth for much of the race, the team gambled on stopping him a third time to put soft tyres on, but it didn’t work out and he ended up seventh. Alex Albon recovered to fifth with a number of incredible overtakes around the outside of Copse, with Lance Stroll slipping to sixth in the closing stages.

Esteban Ocon was another driver who succeeded with a one-stopper and was rewarded with eighth, with Lando Norris and Daniil Kvyat rounding out the points.

On the less happy side of things is Sebastian Vettel. He had a spin at the very first corner, putting him on the back foot for the rest of the race, and then appeared to be unhappy with a costly strategy call. In the end, he was a lowly 12th.

Daniel Ricciardo was well in the hunt for points, but while battling with Carlos Sainz in Turn 3 he ‘did a Vettel’ and spun all on his own, costing him a number of places before eventually ending up 14th.

The third and final driver to make it to the end with just one pit stop was Kimi Raikkonen. It worked out OK – he finished 15th having started plum last – but in a race with just one retirement (Kevin Magnussen), Alfa Romeo’s lack of pace this year meant that despite the strong drive, he was never going to be in the hunt for points.

As is usually the case, races where two-stop strategies are needed generally provide unpredictable and exciting racing as it offers so many more variations in strategy. It also helped that the Mercedes continues to struggle in high temperatures (as is has done in recent years) and that they were affected by tyre blistering, but that doesn’t take anything away from Verstappen. It was a brilliantly mature drive from the Dutchman, and the team’s strategy was so good that it even caught the mighty Mercedes napping.

It’s crazy to think that Verstappen is now not only second in the championship to Hamilton, but is ‘only’ 30 points behind Hamilton. A DNF from him, or more hot, tyre-killing weather in subsequent races this year, and Max could be right back in the championship fight.

OK, maybe that’s taking things too far. But on the plus side, it means that Mercedes won’t win every race this year – it would have been a cool stat for the history books, but hardly fun to watch… 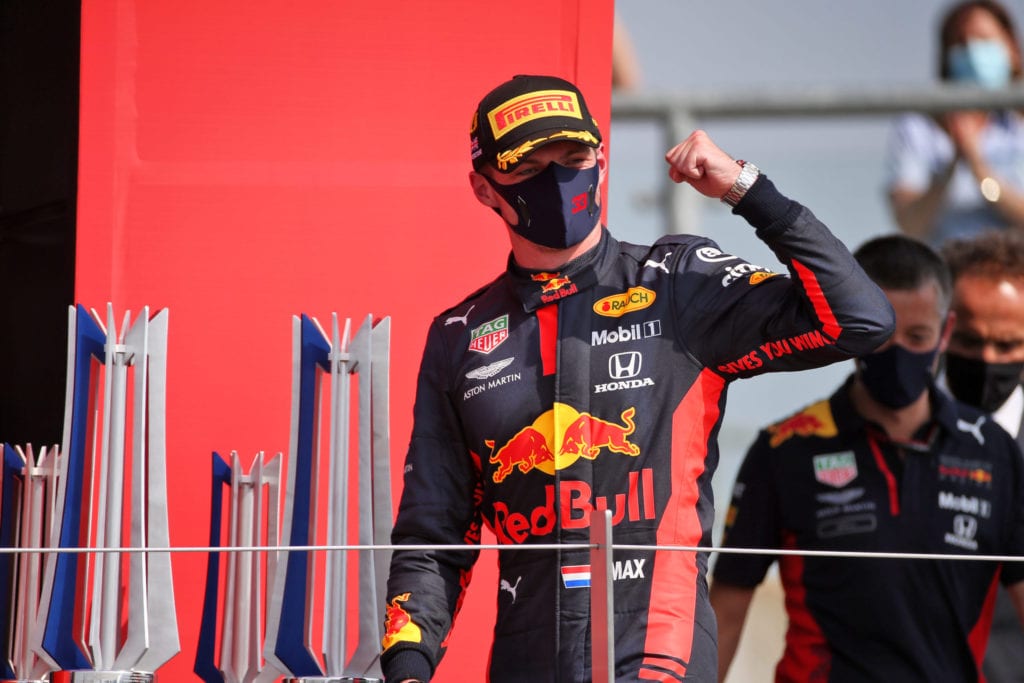