Verstappen And Red Bull Credit Honda For Pole In Hungary

Until today, Red Bull had just three poles in the hybrid era, all courtesy of Daniel Ricciardo – Monaco in 2016 and 2018 (a track where horsepower is largely irrelevant) and Mexico in 2018, where the high altitude and thinner air saps the power of all power units and makes the differences between them less drastic, as well as putting more emphasis on Red Bull’s traditionally excellent aero package.

Pretty much everywhere else, the lack of power from the Renault in the back not only hindered the team in races, but the lack of a proper party mode meant that even at tracks where the team had a competitive race pace, in qualifying the drivers would invariably be stuck on the second or third row, making the job of fighting at the front that much more difficult.

Since Honda came on board this year, that qualifying deficit has been shrinking. From being the third-quickest car in qualifying to occasionally being able to mix it with the Ferraris and Mercedes, sneaking the odd front row and now a pole position, the Red Bull package is starting to look like a threat at more tracks than ever.

OK, for the moment that’s only true in the hands of Verstappen, but even he was quick to credit the improvements Honda has made into making his first pole possible, telling RACER:

“We know that if you can start more upfront in the race it makes it a bit easier to control the race. We kept working really hard to improve the engine to get a bit more out if it in qualifying and I think that showed today. We were able to push it a bit more – but of course within the limits of not blowing up.”

As well as praising Verstappen for nailing his lap and pipping Valtteri Bottas, Christian Horner was also quick to mention Honda’s contribution.

“All credit to Honda, we couldn’t do this without them. To get the pole here is incredible. It’s great for them and a great team effort. You know all the engine guys in Sakura and Milton Keynes are doing a fantastic job and you know that enables us to get on the front row here and pole position.”

It’s true that, as one of F1’s tightest circuits, the Hungaroring also lessens the need for peak engine performance, but it’s not like it’s been a particularly strong circuit for Red Bull hybrid era. Sebastian Vettel put the team on the front row back in 2014 (slightly by default, given that Lewis Hamilton didn’t take part in the session) and the team locked out the second row in 2016. But other than that it’s been fourths, fifths, sixths and sevenths all the way, usually several tenths off pole. It’s not been much better in the races either – a Red Bull hasn’t been on the podium in Hungary since 2016.

It may not mean we’re suddenly going to see Red Bull fighting for pole at Spa or Monza, but if Verstappen can start qualifying second or third with regularity rather than fourth or fifth, it only improves the chances of him being able to compete at more circuits. Too late for a championship challenge this year? Yeah, probably – but going forward, who knows. Suddenly, Red Bull could be a genuine threat to Ferrari and Mercedes, rather than just being there to pick up the pieces from crazy races.

We can get behind that… 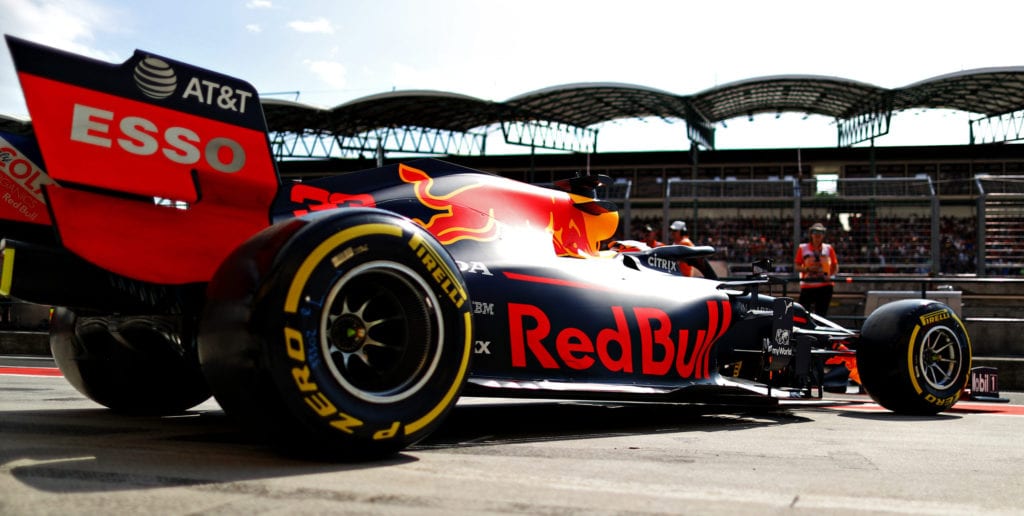