Verstappen And Stroll Had A Bizzare Crash In FP2 – WTF1
Skip to content
×
Crash , Formula 1 , News

Verstappen And Stroll Had A Bizzare Crash In FP2

Lance Stroll and Max Verstappen had an unusual collision in FP2 in Portugal, resulting in Stroll having to retire from the session due to damage.

*Update: no further action has been taken for either driver.*

The move, which saw both Stroll and Verstappen hammering it down the start/finish straight and into Turn 1, truly split social media in deciding who was at fault.

Many believed Stroll was wrong to turn into the corner so aggressively knowing Verstappen was there, but others believed Verstappen should have not assumed Stroll would let him though or that Stroll was on a slower lap.

No sooner had we started and we've stopped again! 😮

Verstappen and Stroll tangle at Turn 1, Stroll spins into the gravel and we have another 🚩 Red Flag 🚩#PortugueseGP 🇵🇹 #F1 pic.twitter.com/hFI0gKBcfO

Clearly, there was some miscommunication from both parties, with both drivers and their respective team principals quick to blame the other when discussing the incident. The consequence of the crash saw Stroll propelled into the gravel and beached, with Verstappen able to continue on racing.

“What the fuck is wrong with him?” Max was quick to yell on the radio as the session became red-flagged for a second time.

The incident has split opinion, with the FIA announcing they were going to investigate it after the session.

Pierre Gasly also had an interesting afternoon as his car caught fire just under an hour into FP2. The fire, which still does not have a diagnosis, caused a red flag in the session as his AlphaTauri was retrieved and the fire extinguished. It looks like it will be a long night for the AlphaTauri engineers as the damaged caused by the flames looked quite extensive.

Who do you think was at fault for the Stroll and Verstappen incident? 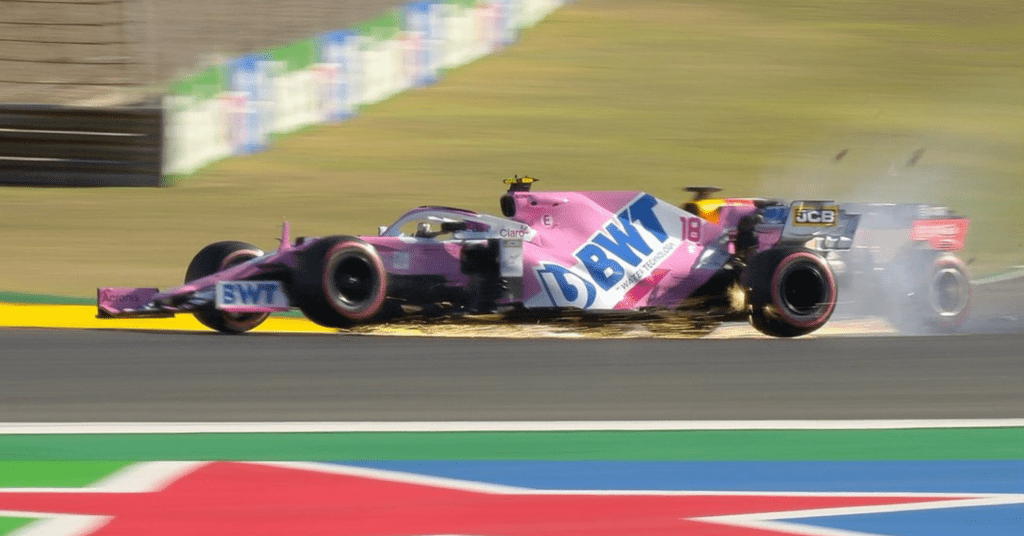