During Q3 there was a bit of a mix-up when both Pierre Gasly and Verstappen were preparing for a quick lap. In dropping back to make a gap to the Toro Rosso before the final corner, Verstappen completely blocked Grosjean, who said on team radio:

He reckoned that the incident cost him 1.6 seconds and, because it happened at the final corner, spoiled two of his laps. As a result, Verstappen was summoned to the stewards.

It could have gone either way. It was an obvious block, but with weather conditions being so bad, could Verstappen and the team be excused? On the other hand, it spoiled a meaningful lap for grid position and stewards have given penalties for less – Sebastian Vettel got a three-place penalty in Austria for impeding Carlos Sainz, even though it was only Q2 and both drivers made it through.

As it is, the stewards elected not to penalise Verstappen as the situation changed so quickly that it couldn’t be avoided. A statement read:

“While Verstappen was given reasonable, if slightly delayed information by his team, the Stewards took into account that with the very wet conditions, there was limited visibility ahead, and no visibility behind the drivers.

“The gaps between Gasly, Verstappen and Grosjean changed over a very short section of the track, and under the conditions the Stewards determined that the impeding was not, as the rule states, ‘unnecessary impeding’ and therefore take no further action.

Verstappen will start from his surprisingly low qualifying position of seventh after proclaiming that the RB14 “doesn’t work” in the wet, whilst Grosjean lines up 10th.

Were the stewards right not to penalise Verstappen? Let us know your thoughts in the comments. 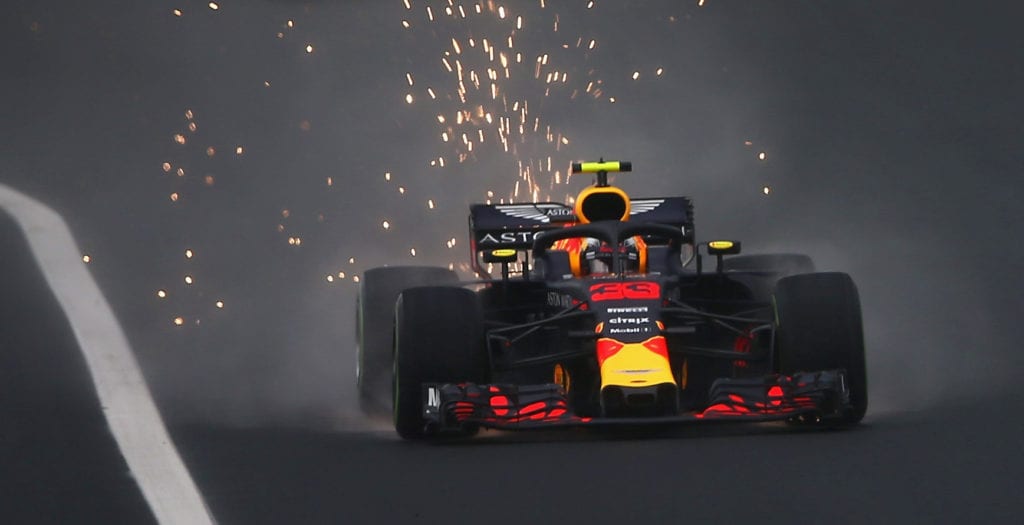