Verstappen Believes He’s Been Faster Than Ricciardo By “Three Or Four Tenths” This Year – WTF1
Skip to content
×
Formula 1 , News

It doesn’t take a genius to realise that the points difference between the two Red Bull drivers this year doesn’t tell the full story.

Daniel Ricciardo lies fourth in the championship on 162 points while Max Verstappen is down in sixth almost 100 points behind, largely due to retiring from half the races this season, most through mechanical failures on his RB13.

Despite Verstappen’s disappointing year though, the 19-year-old hasn’t lost any of his self confidence. Feeling he’s shown he’s the faster driver.

“He is very fast. But I am faster this year by three or four tenths on average. That’s a lot of time.”

Some have suggested though that Verstappen’s aggressive style has been the cause of his car’s reliability issues, something he unsurprisingly doesn’t agree with.

“My approach is right, so why should I change something? I am fast,” he said.

“We can see from the telemetry that I don’t do anything wrong or different to Daniel. It’s just funny that the problems on race day are always on my car.” 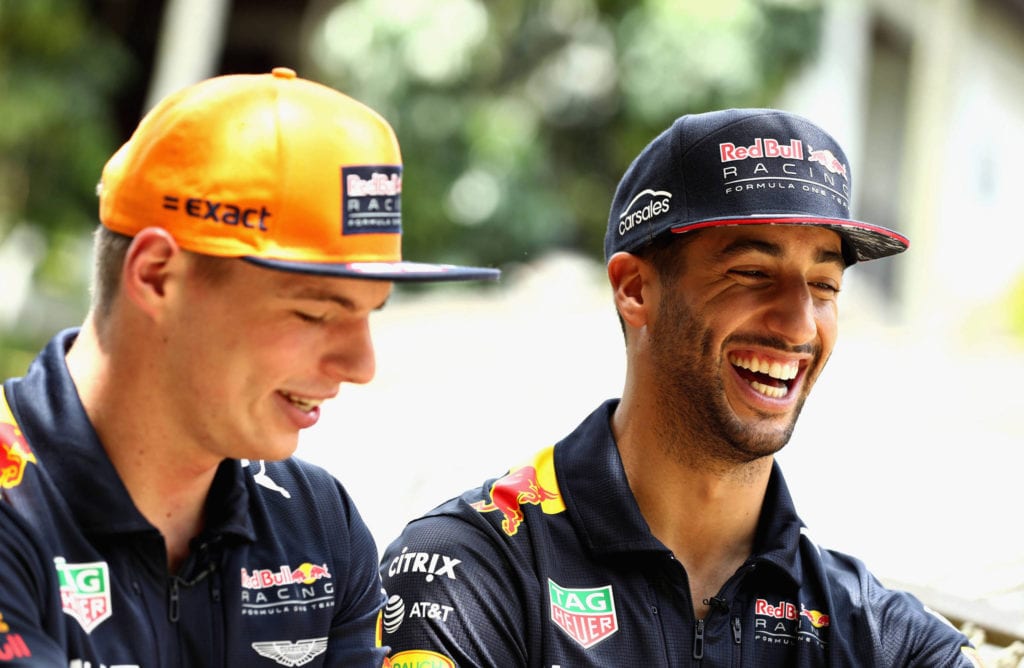