Verstappen Calls Baku Qualifying Stupid As He Misses Out On Pole

Max Verstappen was properly irritated with the interrupted qualifying session in Baku, calling it “stupid”. Yikes. Overall, there were FOUR red flags, with a crash bringing an early end to Q3 for the second time in two races.

He qualified in third, behind Charles Leclerc and championship rival Lewis Hamilton, but was fastest in the first two sectors. After that, Max only lost out because he couldn’t get a tow on the long straight that finishes the lap.

“It was just a stupid qualifying, to be honest, but it is what it is,” Max said immediately after the session. “Still P3, we have a good car, a good recovery from FP3. Everything was working out fine.

“Then all this shit is happening in Q3… I don’t care. It’s just unfortunate. But it’s a street circuit, so these things can happen.”

Yuki Tsunoda brought out the red flag that stopped qualifying in Q3. He was on used tyres for his final run and crashed at Turn 3, with everyone else losing out on their final runs because of this. His crash meant that Carlos Sainz had to take avoiding action too and he spun whilst trying not to crash into the AlphaTauri in the wall ahead.

Q2 was also ended early because of red flags, and Q1 had two crashes in the first ten minutes, which meant that lots of drivers missed out on lap-times in those sessions too. Baku really lived up to the chaos that was predicted.

Verstappen had a similar problem in Monaco two weeks ago when he’d gone fastest in the first sector before Charles Leclerc’s crash brought out a red flag. That meant he couldn’t complete the lap then, either. But, a fightback in Baku is much easier than in Monaco.

“Our car’s strong. I just hope that tomorrow in the race, we can look after our tyres and score good points,” Max said.

“We’re still up there. Of course, I would have liked to start a bit further ahead, but it’s still all to play for. As you can see in qualifying, a lot of things are happening, so maybe in the race, these things can happen again.

“Let’s hope for just a bit of a clean start, and we’ll see from there. Three different cars as well. It’s always good to have that.”

Were you disappointed to see Max miss out on pole again? 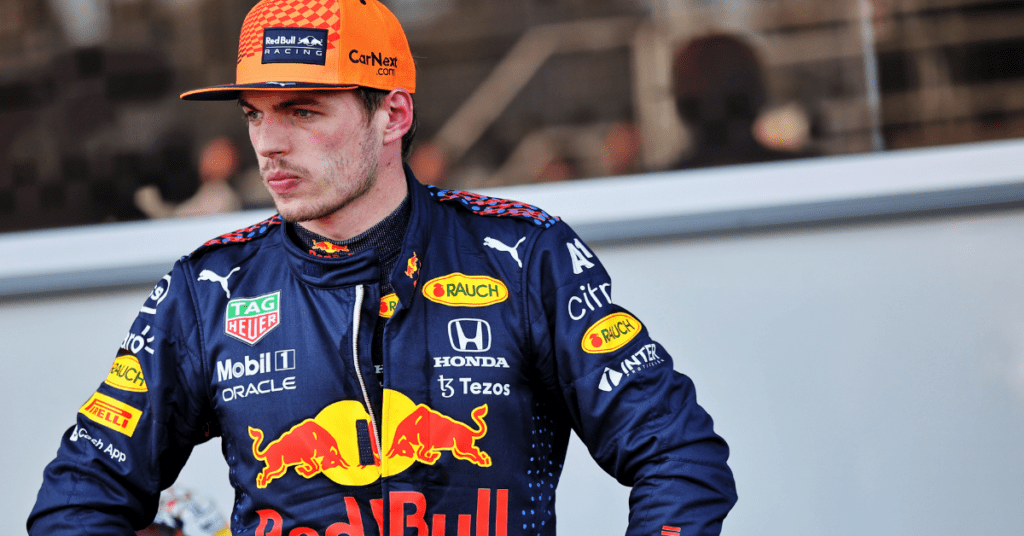