First you had Mercedes’ Twitter admin supporting AlphaTauri’s Yuki Tsunoda and now you’ve got a Red Bull driver defending a Mercedes driver. What on earth’s going on?!

In a strange turn of events, championship leader Max Verstappen has called out Toto Wolff for blaming Valtteri Bottas for Max’s crucial overtake at the start of the Mexican Grand Prix.

The Dutchman stole the lead from under Mercedes’ noses, utilising the slipstream from third to storm around the outside of Valtteri and Lewis Hamilton into Turn 1 at the Autodromo Hermanos Rodriguez.

This left some sour faces down at the Silver Arrows. Wolff told Sky after the race that they “had two cars in front and seemed to open up the sea for Max to come around the outside”, backed up by Lewis claiming that his teammate “obviously left the door open”.

Ride onboard with drivers across the grid as we relive a bonkers race start! 😅#MexicoGP 🇲🇽 #F1 pic.twitter.com/GEAWvD7bo5

Yet Verstappen believes that the seven-time Constructors’ Champions’ criticism is misplaced, as the tight opening corner was bound to cause problems.

Speaking to De Telegraaf, the Dutchman said: “You have to leave room for a car’s width, otherwise [Bottas] would have received a penalty”.

“I don’t know what Toto is talking about. You can easily blame it on Valtteri, but I think that is very cheap.”

It appears that Valtteri’s less than optimal start might have been the deciding factor. Mercedes motorsport strategy director James Vowles revealed in the team’s post-race debrief video that their strategy was to allow Lewis to get the tow from his teammate to hold off Verstappen, if the Finn had a good start.

Could we have held off the Red Bulls, if the first lap had gone our way? 🤔 JV has the answer 👇

“The start as they turned out was that Valtteri had a slightly worse start than both Verstappen and Lewis.”

He added: “It was sufficient that Lewis wasn’t able to tuck up behind. More so, Verstappen’s start being good meant he was alongside Valtteri very, very quickly.

“The result of that is they ended up three wide incredibly quickly and early on during the run down into Turn 1. Valtteri wasn’t on the optimal line nor was Lewis.”

This meant that Max was able to count on slightly better grip on the racing line and ultimately, judged his braking point to perfection, helping him on his way to a record-breaking third Mexican GP victory.

Do you agree with Verstappen’s thoughts? Let us know in the comments below. 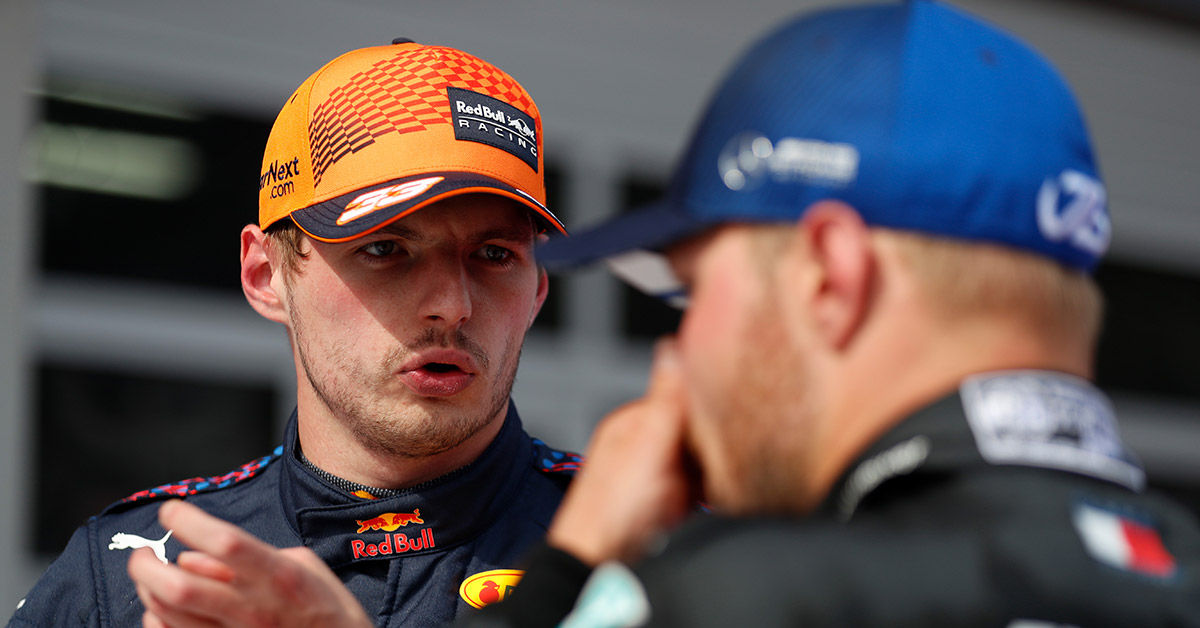