We all know Verstappen’s got a good sense of humour but it backfired slightly in Bahrain when he joked around with a Dutch TV presenter.

Long-time F1 presenter and commentator Olav Mol was recording a piece for Ziggo Sport channel, the F1 broadcaster in the Netherlands, and was almost at the end of a long script.

So, you can imagine his frustration when Verstappen came in and videobombed the recording, completely mucking up the take.

He was discussing Honda at the time, so it’s probably for the best the piece to camera stopped at that point.

The whole thing’s pretty hilarious though, especially when Verstappen finds out just how much Mol had said before the take was stopped. 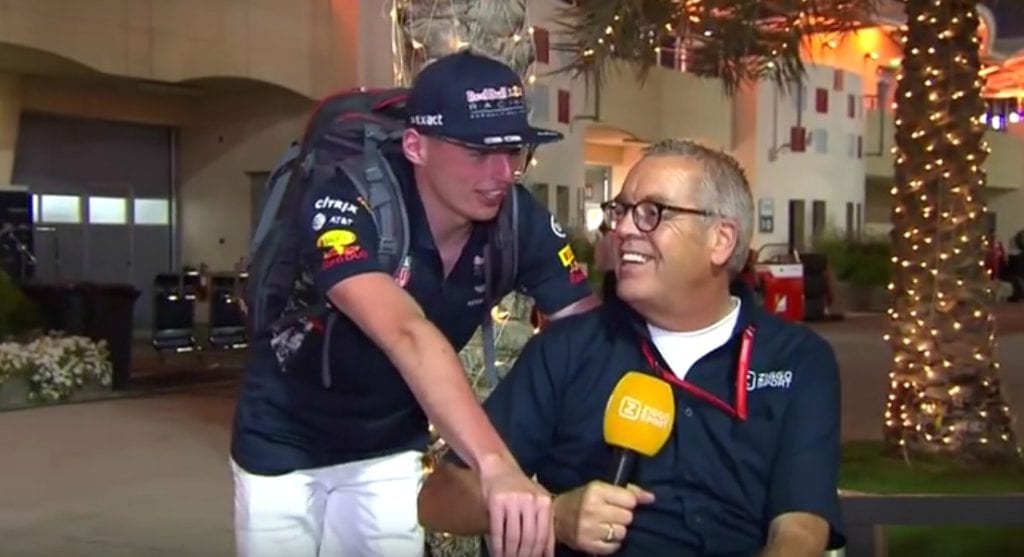