Verstappen Crashed From The Lead During The 24 Hours of Le Mans Virtual – WTF1
Skip to content
×
Crash , Gaming
5 comments

You’d think after wrapping up his first world championship in an action-packed 22 race calendar, Max Verstappen would be spending his winter break chilling out and enjoying some time away from racing. Well, actually no.

Verstappen was actually spending his weekend running in the Le Mans 24 Hours Virtual, but things came to an early end when he crashed out from the race lead just after the seven-hour mark!

The Dutchman, who’s a part of the four-driver Team Redline entry, was behind the wheel when he lost control of the car entering the Ford chicane. He ended up crashing into a tyre barrier at high speed and losing the rear left wheel of the car 😬

Endurance racing can be cruel sometimes…

Nevertheless an incredible effort by everyone involved, the pace our #123 had out there was nothing short of spectacular. We'll be back, we'll go again 👊#LeMansVirtual pic.twitter.com/rZb0HsKdBH

Verstappen was just 0.002s shy of pole position in qualifying but took first place from Formula 2 driver Felipe Drugovichon on the opening lap. From there, Verstappen, along with his teammates Felix Rosenqvist, Maximilian Benecke and Atze Kerkhof, stayed at the head of the pack until Verstappen’s crash.

It hasn’t been plain sailing for Red Bull’s Esports team in the GTE category either, as they were one of three teams to be given a six-minute penalty at the start of the race.

Sadly @Max33Verstappen and the #123 @TeamRedlineSim Oreca is out of the race.

Too much damage after a crash has meant he cannot continue😔#LeMansVirtual pic.twitter.com/q8u0AJMvhf

That’s because the rules stated that at least two drivers in each team had to be real-world racing drivers, but Red Bull only fielded one. That put them behind the likes of Ferrari and Romain Grosjean’s own team, R8G Esports, who are also competing in the GTE category.

Of the Le Mans Virtual Series’ $250,000 prize pool, half of it is being distributed according to the results of this 24 hour championship finale. 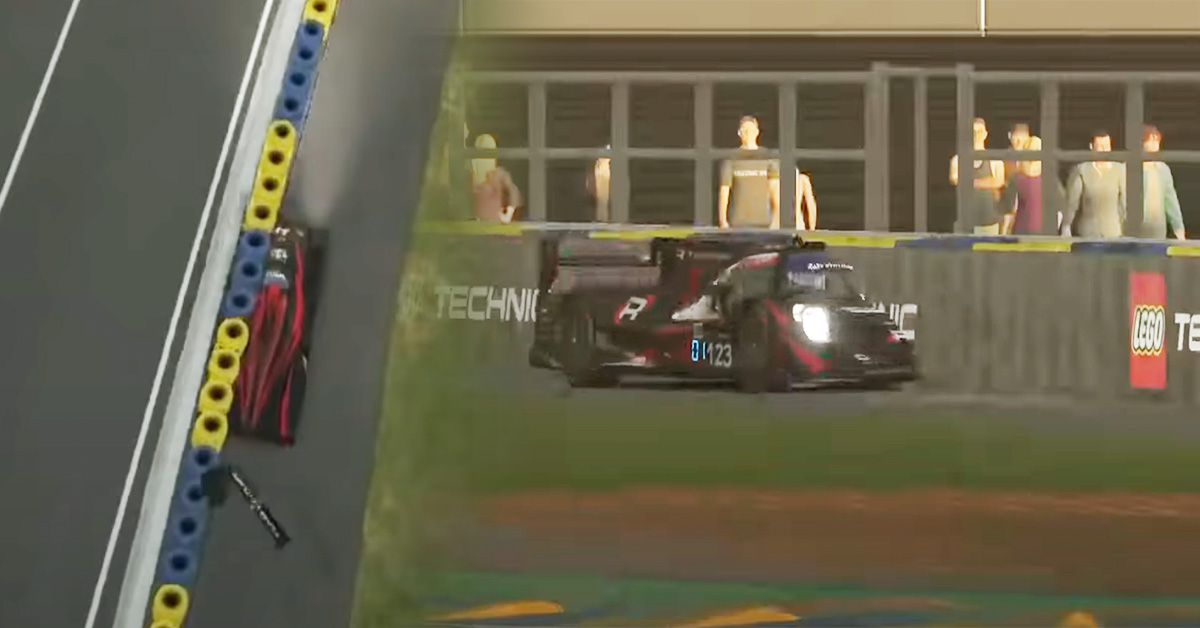 A Le Mans Driver Has Been Banned For Crashing Too Much