Whilst Daniel Ricciardo starts the USGP on the second-row in fourth, hoping to complicate the afternoons of the title hopefuls, the other Red Bull is now set to start in 18th after a 5-place grid drop for a fresh gearbox.

The gearbox of Verstappen’s Bull was damaged along with the wishbones on the right-rear after he went over a sausage kerb at turn-15 whilst setting a lap in Q2. The Dutchman can’t quite figure out how so much damage was sustained, saying,

“I touched the outside kerb (at Turn 15) and it failed the suspension and took the driveshaft out which is a bit weird because before we were always taking that kerb because it opens the corner a little bit more to make it faster.

Everything was well within the limits of everything, so there was nothing crazy. As you can see, everyone else was doing it as well. So, that is why we are a little bit amazed how it happened.

Those kerbs have been there for like two years now so it is a bit weird. Also everybody else in qualifying took those orange kerbs and on our car it failed. We’ll have a look into it.”

Verstappen might not be too bothered, his USGP in 201 7 saw him secure 3rd on-track from a starting slot of 16th (even if he later lost the podium to Raikkonen after it was deemed that he cut a corner when overtaking the Finn). Given the performance gaps between the ‘big three’ and the rest, smooth overtakes should see him in the top six, but the podium looks a tall order barring some DNF’s from some main players. 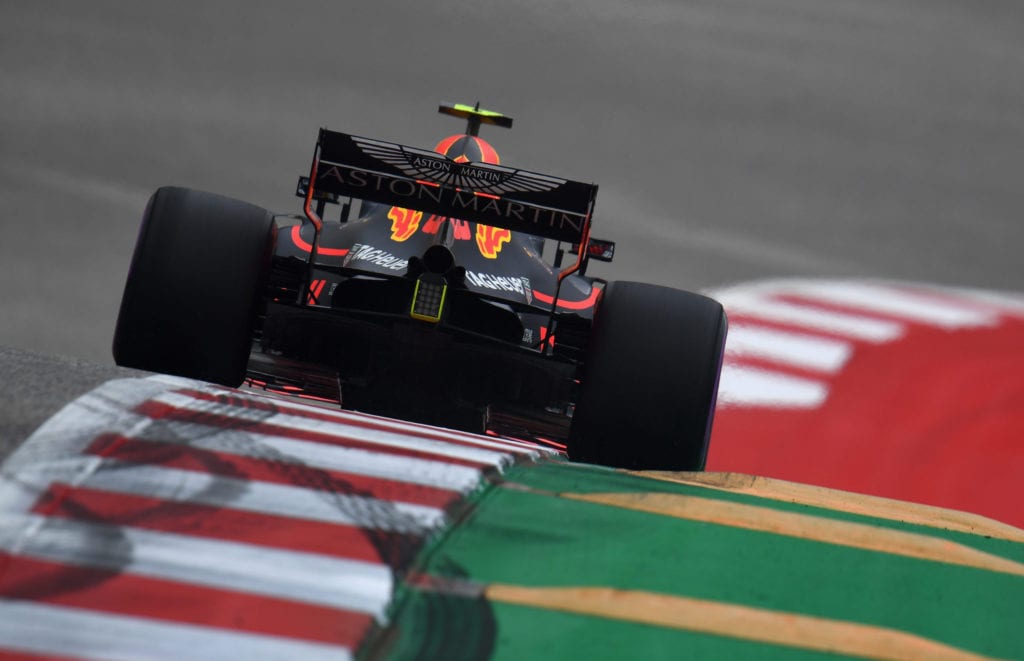