Max Verstappen was once in a club of seven drivers who had multiple wins without ever achieving a pole position. After taking his seventh win in Germany he went well clear of the other six drivers, including Bruce McLaren and Eddie Irvine on four wins each, Peter Collins and Johnny Herbert on three wins, and Maurice Trintignant and Pedro Rodriguez on two apiece.

In taking pole position for the 2019 Hungarian GP, that accolade went back to McLaren and Irvine. But in the process, Verstappen has taken joint ownership of another record – the most wins before achieving a pole position.

It’s an unusual record which has lasted for more than half a century because usually, a driver’s first pole will come at around the same point in their career as their first win – or quite often before. Here’s how he slots into the list.

After some promising (but slightly crashy) races with McLaren in 1972 and 1973, Scheckter joined Tyrrell for his first full season in 1974, taking a pair of wins in Sweden (from third on the grid) and Great Britain (from second). The following year he won his home race in South Africa (from third), but it wasn’t until the 1976 Swedish Grand Prix that he finally mustered a pole – one of just three he managed in his career.

It’s not especially surprising that Verstappen’s former teammate features on this list. After all, when you think of Ricciardo victories, you think of immaculate lunges in a mad grand prix, not dreary dominance from pole.

His first three wins came in 2014, and all were dramatic – he took the lead with three laps to go in Canada (having started sixth) and Hungary (fourth) before profiting from a Mercedes collision in Belgium (after starting fifth). Until that point, his best qualifying had been a pair of second places, and he’d add a couple more before finally taking that maiden pole position at Monaco in 2016.

Yep, even though he once held the record for the most poles, it was a little while into his career before Schumacher actually managed to get one. The main reason for that was because in the early 90s when he was starting out, qualifying was dominated by two things: the sheer performance advantage of Williams in 1992 and 1993, and Ayrton Senna.

Schumacher’s first win at Spa in 1992 came from third on the grid, while his Portuguese triumph in 1993 was from sixth. He then won the first three races of 1994 from the front row before taking his first pole in the next race Monaco – the race after Senna and Roland Ratzenberger had been killed at Imola.

Denny Hulme is one of just two drivers who won the championship without ever taking a pole position – the other being Niki Lauda in 1984. Hulme took two wins during his title-winning season in 1967 – he’d started fourth at Monaco and second at the Nordschleife (if you’re only going win two races in a year, those seem like pretty good ones!)

Hulme’s next three wins – Italy 1968, Canada 1968, and Mexico 1969 – came from seventh, sixth, and fourth respectively, while he won the 1972 South African GP from fifth. A year later at the same track, he finally topped qualifying for the first – and only – time in his career.

Then, finally, in the third round of 1969 at Monaco, he topped the times and qualified first. He’d add 16 more before retiring at the end of 1973.

Now, for many people, Stewart would be somewhere in the list of the top 10 greatest F1 drivers of all time. So why did it take him so long to achieve a pole position? It’s not like he was bad over a single lap – he qualified third, third and second three times in his first four races. And, at the time of his retirement, only Jim Clark and Juan Manuel Fangio had more.

Ahh yes, Jim Clark. He was a prolific poleman but it’s not like he dominated qualifying to the extent other drivers would. And in 1965, Stewart’s BRM teammate Graham Hill started from first on four occasions. Then again, 1965 was his debut season, so chances are it was a combination of inexperience and the fact that qualifying simply wasn’t Stewart’s forté at that stage that meant it took more than four seasons from him to get a pole. Until 1969, he was also driving cars which weren’t the most competitive. But, Hill aside, Stewart totally dominated his teammates in qualifying.

In that sense, the early part of Jackie’s career was quite similar to Verstappen’s: he had decent, but not top-level cars which were better in races than qualifying, a fast and experienced teammate, and rivals who, at that point in their careers, were better placed (whether through their equipment or experience) to take pole positions.

In setting pole after his seventh win, Verstappen has merely equalled Stewart’s record, rather than breaking it – not that he’ll mind that too much!

It’s a good omen for Max that four of the five drivers in this article are world champions – and Ricciardo’s career is still going, so you can’t discount the chance that he might also win a title. Either way, one thing’s for sure: racking up a load of wins before getting a pole position certainly isn’t a bad thing.

Update 03/08/2019: A version of this article was originally posted of 5 July 2019, shortly after Verstappen won the Austrian GP. It’s now been updated in the wake of the fact that he’s now achieved a pole position. 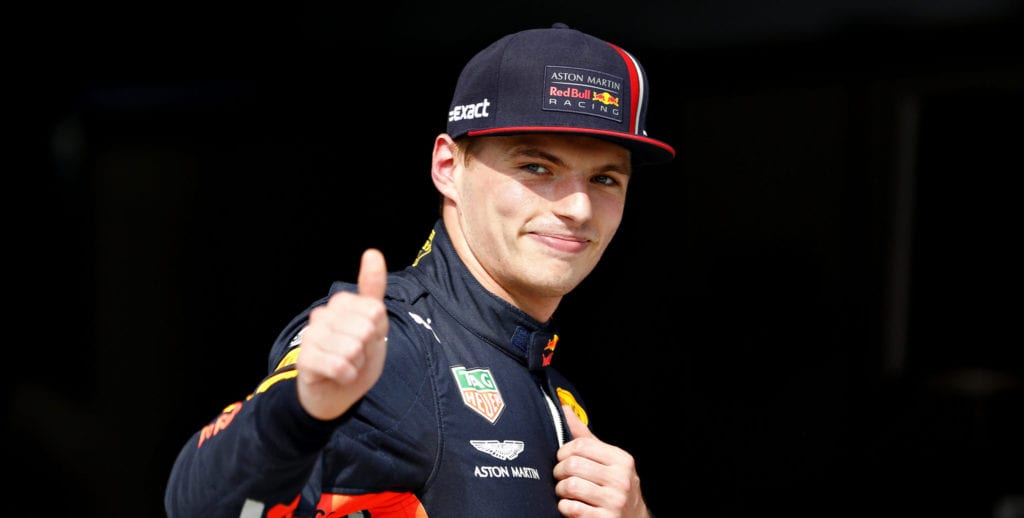