Verstappen Explains What Made Him Push Ocon In Parc Fermé – WTF1
Skip to content
×
Formula 1 , News

Verstappen Explains What Made Him Push Ocon In Parc Fermé

It seems pretty obvious why he’d pushed Ocon – after all, the guy had cost him a race win. But although Verstappen’s team radio comments (“I hope I can’t find him in the paddock”) and general demeanour after the race almost suggested there would be some sort of explosive confrontation, Max said he initially just wanted to talk to Esteban, but the Frenchman’s behaviour triggered him into giving him a shove. He told Dutch TV show Peptalk:

“It is always easy to talk afterwards. I just wanted to look for him and ask ‘what was going on, how could something like this happen?’ But he immediately answered ‘I was faster than you’ and said it with such a smile on his face.

“I tried to be as positive as possible towards my mechanics, but of course this second place doesn’t feel right. And then you meet someone like him who doesn’t even apologise for what happened and reacts exactly the other way around.”

Now, being taunted by another driver is no reason to start pushing them around, but it does suggest there was more going on at those scales than an angry Dutchman looking for a bit of satisfaction.

Is there still a bit of needle between the two from their Formula 3 season in 2014? The two battled for the title and while Ocon won the championship, Verstappen had the most wins that season – an impressive feat given that it was his very first year racing cars. The two had a number of battles and also made contact on a few occasions. While both are immensely talented young drivers, their careers have very much diverged – Verstappen’s continues to go from strength to strength, while Ocon’s appeared to have stalled as he faces a year out of the sport.

Is that a contributing factor to not only the post-race theatrics, but also the crash itself? One thing’s for sure – we’d love to know exactly what they were saying to each other! 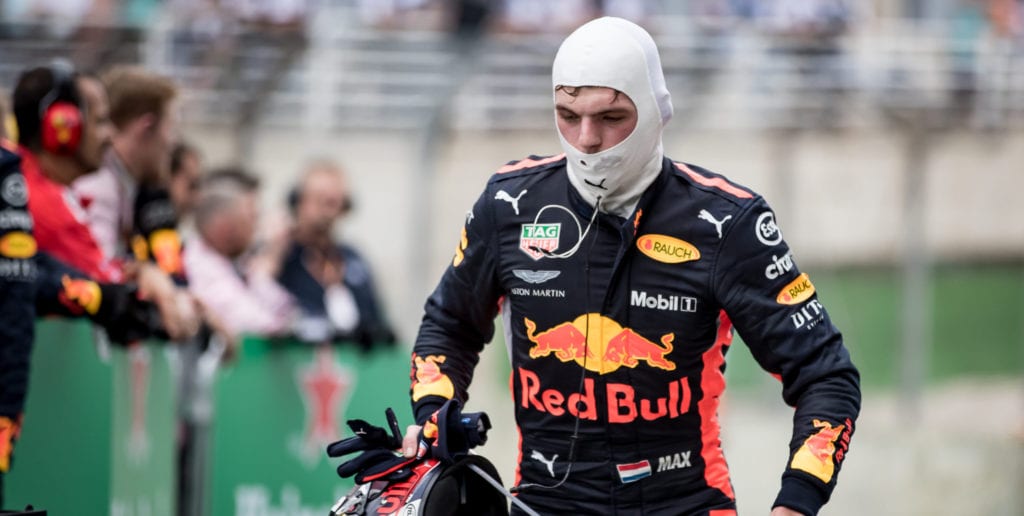