Verstappen Had Engine Issues On His Fastest Qualifying Lap

Hamilton’s pole lap in Singapore went well against what most were expecting in terms of one-lap pace between the top teams around this tightly-composed circuit.

Verstappen was impressive too, and will the start the race alongside Hamilton on the front row. He was ultimately three tenths adrift of Hamilton’s lap but put an impressive six tenths between himself and his teammate Daniel Ricciardo. But it has since emerged that Verstappen’s quickest lap was heavily influenced by his Renault power unit cutting out, indicating that he may have had a shot at pole in ideal conditions. Speaking after qualifying, he said:

“In FP3 just so many problems. Going into false neutral, the car was stopping on track. While driving on my fast laps it was just bogging down, and qualifying was exactly the same story.

“We had to detune the engine and lost a bit of time there to try to make the driveability better, but it still didn’t work like it should do. Going into Q3 I felt the car was working really well and didn’t have anything to complain, so when I saw second on the board I was actually quite surprised with the problems I had.

“On my final run, I tried to push a bit more and I was another two tenths up. Then I arrived to Turn 16/17 and when I had to short shift again, the engine just cut out, so I had to abort.”

So Verstappen may have missed out on at least being only a tenth adrift of Hamilton’s incredible lap if he’d been able to complete his final run in Q3. But this presents yet another nervous scenario for Red Bull going into the race. Whilst Renault’s ‘Spec 3’ power unit is providing Verstappen and Ricciardo with a bit more power, the reliability remains a potential banana skin.

If this issue can carry on from FP3 to Q3, then it is clear that the solution isn’t a quick one. The ideal situation to assure a great race tomorrow would of course be seeing Verstappen with a reliable car under him, piling the pressure on the Mercedes ahead of him. If his PU is cutting out, there’s hardly much scope for this. Let’s hope the gremlins aren’t interested tomorrow. 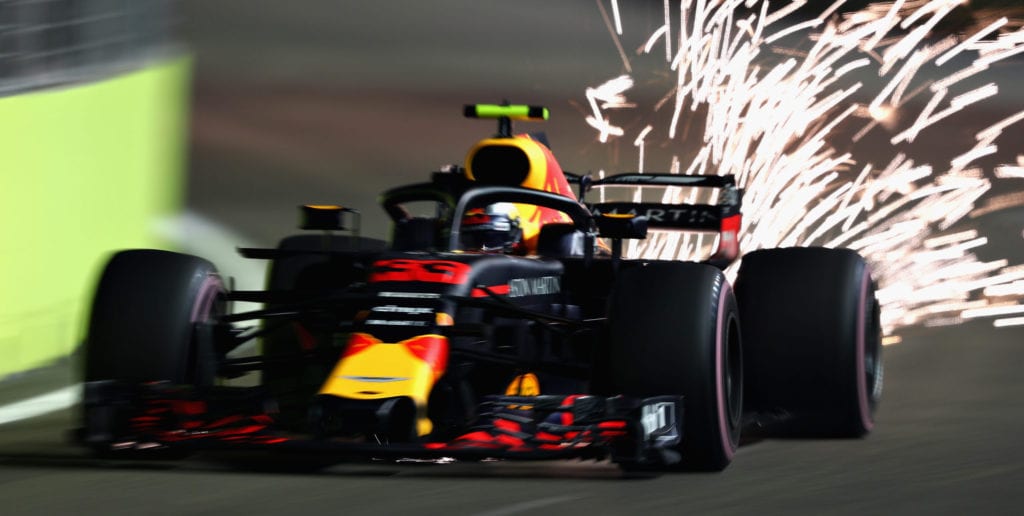